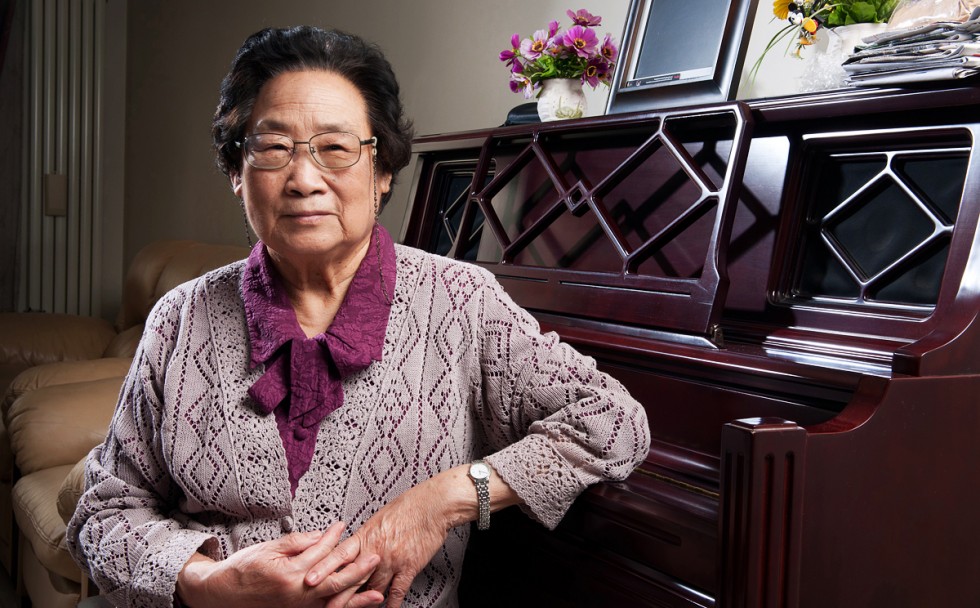 On October 5, 2015, a discovery made in the 1970s launched 85-year-old Tu Youyou into the international spotlight when the Chinese medical researcher was awarded the Nobel Prize in Physiology or Medicine for her work extracting artemisinin, an anti-malarial compound, from Artemisia annua, a herb originally used in traditional Chinese medicine (TCM) that is known today as sweet wormwood.

The official website of the Nobel Prize said Tu won the honour for her discovery “concerning a novel therapy against Malaria.” According to the World Health Organisation (WHO), a combination drug therapy containing artemisinin is now a first-line treatment for malaria in 79 countries. It was distributed to 392 million people in 2013 alone.

Controversy, however, accompanied the plaudits – some insiders have questioned the fairness of the decision to honour Tu, claiming that artemisinin was a collective discovery propelled by government support, and many of Tu’s counterparts had actually contributed more to developing the anti-malarial therapy.

Although the Nobel committee has defended Tu by saying that she was the first person to actually extract the substance and that the prize is more about achievements made by individuals, Tu has emphasised the role of her team and country during all press interviews. “This honour does not belong to me personally, but to my team and all Chinese scientists… It signals that Chinese medical research is well regarded by the international community, and it is the pride of our nation and of [all] Chinese scientists,” she said in a prepared statement to the media.

Wartime Demand
The discovery of artemisinin resulted from a government order during the Vietnam War (1954-1975), when malaria had already spread all over the world and killed millions of people. The malaria parasite’s resistance to existing drugs was growing, rendering them ineffective.

In order to prevent even more Chinese and Vietnamese soldiers from losing their lives to the disease, Chinese government leaders, at the request of the Communist Party of Vietnam, which they had supported in the war since 1964, decided to have researchers within the People’s Liberation Army develop anti-malarial drugs. They established a team in May 1967 to manage this secret project, named “Project 523.” Altogether 37 different departments and institutes in seven provinces and municipalities had a part in the project, which, according to Chinese media reports, included the examination of over 40,000 types of herbs and compounds in its preliminary phase.

China was deep in the midst of the Cultural Revolution (1967- 1976) at the time. Many older, senior experts and researchers were labelled as “rightists” and violently criticised, so the Project 523 team was short of experienced personnel.

“I studied the Compendium of Materia Medica [a renowned TCM text written in the Ming Dynasty] during my time at Peking University School of Pharmaceutical Sciences, which was the foundation for my systematic study of traditional Chinese medicine. I think I had the right background to develop a new drug based on ancient knowledge,” she said.

Keeping in line with Mao Zedong’s statement that “TCM is a vast treasure,” Tu and her team spent three months looking through hundreds of ancient TCM books and materials, collecting records of over 600 potential anti-malarial medicines they supposed might be efficacious.

Yet in 1970, none of these substances proved effective against malaria, including compounds containing sweet wormwood. Project 523 was then suspended, and Tu and her colleagues left the team for other undertakings.

Project 523 did not resume until June 1971, when its leadership was restructured. Considering that sweet wormwood once showed a 68 percent rate of efficacy against malaria in previous experiments, the project team retested the herb, only to find that the new results were even worse.

The impasse was finally broken when Tu found an ancient TCM book that noted the herb should be taken after being crushed rather than boiled, which was how Tu’s team had tried to extract its active properties. “It reminded me that we might have destroyed the effective element in the sweet wormwood by heating it, so I shifted to cold extraction,” Tu said. “We wrapped the herb and dipped it into diethyl ether [which boils at a lower temperature]. It wasn’t until the 191st test that we discovered the effective compound.”

The results from subsequent tests on animal subjects were inspiring – the extracted compound showed 100 percent effectiveness in both rats and monkeys, symbolising a breakthrough for Project 523.

Joint Development
Given the political environment during the Cultural Revolution, however, Tu and her team neither published a paper about their discovery nor applied for a patent, but instead merely announced the results of their experiments at an internal academic conference, driving many other scientists to further their research with government support.

In 1974, Luo Zeyuan, a researcher from Yunnan Institute of Materia Medica, successfully separated out an artemisinin monomer.

Although the artemisinin II extracted by Tu’s team failed in clinical trials, Luo’s artemisinin monomer showed extraordinarily promising results when combatting malaria in tests conducted by medical expert Li Guoqiao of Guangzhou University of Chinese Medicine.
The three artemisinin elements extracted by Tu, Wei and Luo were later confirmed to be the same material, which was then officially named artemisinin. In 1977, China published the chemical constitution of the substance’s medicinal form in the name of the artemisinin research teams, attracting worldwide attention. In 1981, the Chinese government took the lead in developing a combination therapy joining artemisinin with other anti-malarial drugs, warning against the use of single-drug artemisinin therapy because malaria parasites could easily develop a resistance to it. This, however, did not draw attention from the WHO until 2005.

Controversy
Given the collective, government-led development of the combination treatment and Tu’s failures in clinical trials, Tu’s exact contribution to today’s anti-malarial therapy has often been questioned in academic circles, especially after she was awarded the US’s Lasker-Debakey Clinical Medical Research Award in 2011, an honour known to often precede a Nobel Prize. “[The Lasker award] has reignited a 30-year controversy over whether one person should be recognised for developing a powerful anti-malarial drug that was the product of a massive government project during China’s Cultural Revolution,” Science magazine wrote at the time.

One person who cast doubts over the Lasker award decision was Li Ying, a researcher at the Shanghai Institute of Materia Medica who has participated in synthesising the chemical constitution of artemisinin to make a better drug candidate than its natural form. “Indeed, Tu first proved by diethyl-ether extraction that artemisinin is effective, but I don’t think she played a big role in the other aspects of the discovery,” she told Guangzhou-based paper Time Weekly in 2011. “The discovery and development of artemisinin has won national and international prizes before, but none of them were presented to an individual.”

According to the paper, at that time, some relevant researchers privately denied that Tu was even the true discoverer of artemisinin, arguing that only one of the seven crystals extracted from sweet wormwood is in fact artemisinin, the identity of which could not be confirmed without a successful clinical trial.

The fact that Tu never received the prestigious title of academician from the Chinese Academy of Sciences added fuel to the fire. Fang Zhouzi, a popular science blogger, attributed this title snub to the disputes around Tu’s contribution to the anti-malarial therapy. He also alleged that Tu had overstated her achievements in the development of artemisinin in subsequent papers.

Many others, however, stand on Tu’s side. A prominent member of this faction is Li Guoqiao, the medical expert who first saw promising results from artemisinin monomer tests. He reportedly refused to be nominated for the Lasker award in 2011, claiming that Tu Youyou and Luo Zeyuan, the researcher who first extracted the artemisinin monomer, were more qualified. “I could not have done anything without Tu’s and Luo’s discoveries… My clinical test was based on the sample Luo gave me,” he told the media.

In an article about the discovery of artemisinin, former Peking University science lecturer Rao Yi reaffirmed Tu’s achievements, claiming that, regardless of the size of her role, it was Tu who first extracted artemisinin with diethyl ether, an act which guided the subsequent development of the anti-malarial therapy used so successfully today.

In the eyes of Li Zhenzhen, a scientific policy researcher at the Chinese Academy of Sciences, the dispute surrounding Tu relates closely to the differences between Chinese and Western culture. “China always emphasises collectivism, whereas Americans will not give a prize to everyone involved in a discovery, but rather to its inventor or lead developer,” she told China Youth Daily. “Such a concept is more helpful in inspiring individual creativity.”