A Greek Deal on the Horizon? 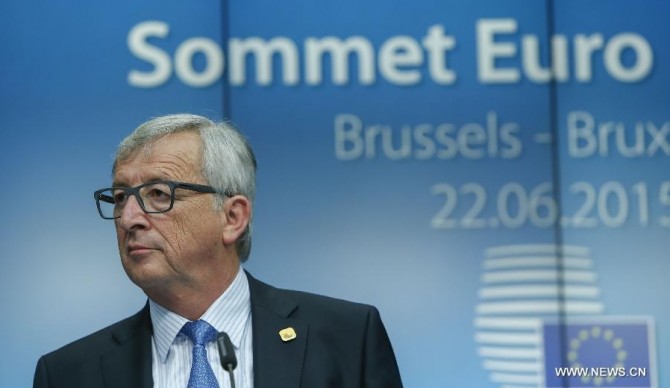 Hopes have grown for a Greek bailout deal, following positive messages from EU leaders. Greek Prime Minister Alexis Tsipras reportedly made last-minute concessions on Monday in a bid to secure funding for a €1.6 billion debt repayment to the International Monetary Fund (IMF). The repayment is due by the end of June. German Chancellor Angela Merkel stated that some progress had been made, but stressed the time constraints on finding a deal. Concessions made by Greece include new taxes on business and the rich, some VAT increases, and reforming pensions by curbing early retirement and increasing pension contributions. Greece has held out on reducing pensions or public sector wages, however. In recent days, Greece has begun to show further signs of strain in its banking sector, as savers withdraw funds in a loss of confidence in Greek banks. Further withdrawal of funds could create serious problems for Greek banks. In making concessions, meanwhile, Greece faces criticism from members of its own government, many of whom oppose austerity measures.

5,000 lives could be saved every year through new guidelines on cancer diagnosis, health watchdog NICE has said. Under the new guidelines, GPs are encouraged to order tests directly and sidestep referral to a specialist, in an attempt to speed up the treatment process. At present in the UK, 10,000 more people die from cancer than the European average, with the higher number of deaths blamed on diagnosis being made too late for effective treatment. The new guidelines encourage doctors to consider cancer sooner and focus on key symptoms, while lowering the threshold at which people are given cancer tests. The Royal College of GPs welcomed the changes but warned that extra tests on patients could put further strain on resources, increasing wait times. There are currently 300,000 cancer diagnoses in the UK annually.

Annual bilateral talks between China and the United States opened with candid and to-the-point discussions, a US official has said. More than 400 Chinese officials are in Washington DC to attend the annual Strategic and Economic Dialogue (S&ED), which will also involve US cabinet secretaries. High on the agenda will be the tensions surrounding ongoing territorial disputes in the South China Sea, and cyber security. The US will seek to address concerns over massive cyber attacks on government computers that some have attributed to China. China’s Foreign Ministry has said that it is up to the US to create conditions for cyber security talks to resume. Other issues on the agenda will be the common ground such as concerns for the nuclear programmes of Iran and North Korea. The talks will also prepare for a visit by China’s President Xi Jinping to Washington in September. Bilateral trade between the two countries reached US$590 billion in 2014.

Greece makes the headlines again today, as do themes of justice and crime. The Financial Times leads with news that a “shift in stance” from Athens has kept hopes for a bailout deal alive. EU leaders have welcomed Greece’s “first concessions in months”, the paper reports, adding that more talks are expected in the coming week. The Independent writes that Greece is stepping “back from the brink” after its “last-minute concessions”, with European Commission President Jean-Claude Juncker hailing a “major step” in negotiations. Concessions include “New taxes on business”, the paper reports. The Daily Telegraph leads with criticism from Justice Secretary Michael Gove that the justice system is “badly failing crime victims”. The criticism came in Gove’s first speech since his appointment to the post, in which he also criticised the effects of inequality in the justice system. The Guardian leads with news that human rights groups were “targeted by GCHQ spies”. According to the paper, illegal “Secret surveillance operations” into two international rights groups have been exposed by a judicial tribunal. Intercepted communications had been held for longer than they should have, the tribunal ruled.

On China’s factory activity: the continuing shrinking of China’s factory activity received coverage from the BBC. The BBC reported that the sector “did show signs of stabilising”, however. The purchasing managers’ index (PMI), a measure of factory activity, was “at a three-month high” of 49.6 in June, beating forecasts of 49.4. The shrinkage will bring “more speculation of a fourth cut to interest rates in eight months”, the BBC writes.