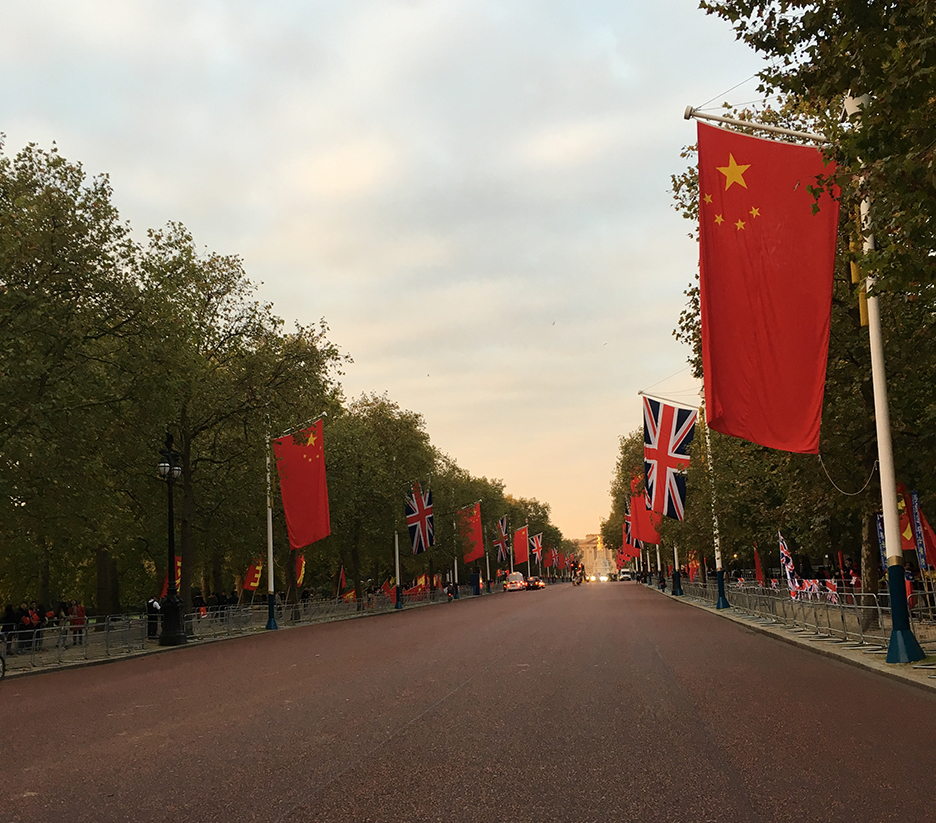 A week may be a long time in politics. In bilateral relations, a decade is surely a long time too.

The last decade saw two state visits by Chinese presidents to the British Isles. In the interim, China has grown into a world power to be reckoned with. And the hosting nation, once the seat of an empire, has clearly recognised the shift.

In this special edition to mark the state visit to the United Kingdom by Chinese President Xi Jinping, ChinaReport has made an attempt to capture the new mood in the bilateral relationship and to reflect the changing roles in economic and financial collaboration, and in cultural exchanges. The longest serving Chinese ambassador to the UK, His Excellency Liu Xiaoming, has set the tone with his piece on the “golden era,” while Richard Graham offers a subtle take on the subject calling for more engagement. Martin Jacques, who is more often bullish about China, sets China-UK ties against the backdrop of what he calls the fragmentation of American power.

Political ties are often couched in business and trade. The story of how China Construction Bank builds on its renminbi (RMB) business in the City at once demonstrates the power of London and reflects China’s desire and capability to up its game. And Huawei’s continued growth in the UK and the rest of Europe seems to show that the descendants of the inventors of gunpowder and the compass can catch up and overtake in this ICT age. Stories from companies or areas in Shanghai, Chongqing, and western Xinjiang offers hope that the current slowdown in the Chinese economy could be compensated for by opportunities across the country and beyond, illustrating important knots in China’s One Belt One Road strategy.

Some big deals are expected during the state visit, but a small event away from London may prove to be equally significant – the opening of yet another Confucius Institute in Oxford.