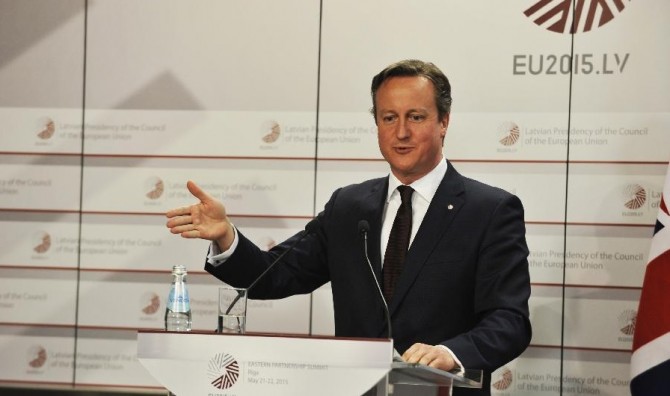 Prime Minister David Cameron will on Monday set out the government’s five-year strategy for fighting extremism in the United Kingdom. In his speech, the Prime Minister will call the fight against extremism the “struggle of our generation”, and vow to tackle the failures of integration that have helped contribute to the development of extremism in Britain. According to the Prime Minister, the UK must confront the fact that some of those born and raised in Britain did not identify with the country. The Prime Minister’s speech comes just one day after a senior Conservative politician blasted the Prime Minister’s policy in war-torn Syria, calling it “incoherent” and made “on the hoof”.

Banks have reopened in Greece after three weeks of closures caused by the country’s debt crisis. Greeks will face price rises, however, following a rise in VAT, while the Greek stock market remains closed. Greece’s VAT rise (from 13 percent to 23 percent) comes as part of the reform package secured in order to secure further bailout funding, with a severe austerity reform package agreed last-minute between a struggling Greece and frustrated creditors. Long queues had been a regular sight at Greek ATMs, with a daily cash withdrawal limit of €60 imposed. That figure has now been raised to €420, though other restrictions persist, such as a block on cashing cheques and transferring money abroad.

Chinese smartphone and telecoms giant Huawei has reported a 30 percent rise in revenues for the first six months of 2015. Revenues climbed to £18 billion, boosted by a rise in smartphone sales, the firm announced. Huawei is one of China’s largest smartphone sellers, as well as one of the world’s largest telecoms equipment manufacturers. The company has set a target of 20 percent global growth revenues in 2015, having achieved that figure in 2014. It is not known what Huawei’s net profits are from its rise in revenues.

A mix of stories makes the headlines today. The Times leads with news of a UK “crackdown on ‘anti-British Muslims”. According to the paper, the Prime Minister will make a speech on Monday condemning those with ideas hostile to liberal values. Extremism also makes the headline in The Daily Telegraph, with the paper writing that the UK “‘must put troops on ground to beat Isil [Islamic State]’”. The comments came from former armed forces chief Lord Richards, who said that ground troops would have to be used to defeat Islamic extremist group Islamic State. The Guardian leads with news that the Labour Party have been urged “to back welfare plans” by Chancellor George Osborne. The Chancellor has called on “progressive” Labour MPs to “recognise voters want benefit changes”, the paper reports. The Financial Times leads with news that cash-strapped local councils in Britain are struggling to cope “as Osborne’s austerity cuts bite”. According to the paper, vital public services have been “scrapped or slashed”, with growing demand creating a “strain on resources”. The Independent leads with a report into “The great school inspections farce”. Schools have made a “mockery” of the Ofsted inspection system by “using consultants to improve ratings”, the paper reports. Consultants are often moonlighting school inspectors, the paper writes.

On the deportation of Hoosain Jacobs: The deportation of British tourists from China has received coverage from most UK media outlets. Hoosain Jacobs, 74, and his wife Tahira, 68, were among 20 tourists detained in Inner Mongolia. The BBC reports that following his return to the UK, Jacobs “criticised Chinese authorities for a ‘serious error in judgement’”. A spokesman for Jacobs suggested the detention had resulted from officials mistaking a documentary for a “terrorist video”. The Independent reports that the film had been “a documentary on Mongol emperor Genghis Khan”. The Guardian’s agency piece reports that all of the tourists “have since returned to their home countries” from China. According to The Daily Telegraph, the tour group had been “made up of mostly elderly middle-class professionals” and were “released after lengthy diplomatic negotiations”.