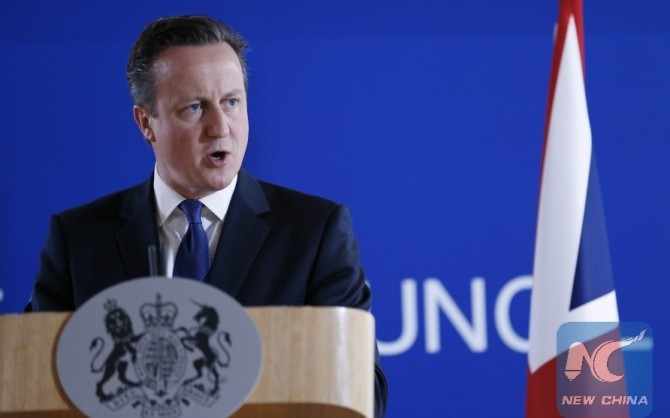 The UK will send extra fencing and sniffer dogs to Calais, France, to help deal with a growing migrant crisis around the Channel Tunnel. Migrants attempted to storm the Channel Tunnel for a fourth consecutive night on Thursday, while nine migrants have died attempting to access the tunnel since June. Speaking after chairing a meeting of the UK’s Cobra emergency committee, Prime Minister David Cameron said that the migrant crisis could be expected to continue throughout summer. The crisis has had a knock-on effect in the UK, with huge tailbacks of lorries in Kent. Police have converted motorway lanes into makeshift carparks for the lorries, with the Ministry of Defence to open disused barracks for use as lorry parks in a bid to ease congestion.

An 18-month old Palestinian child has been killed and three family members critically wounded in a suspected arson attack in the West Bank. The suspected attack, carried out early on Friday, is believed to have been carried out by Jewish extremists. The Israeli Defence Force has set up roadblocks in the area following the attack. Israeli Prime Minister Benjamin Netanyahu has spoken out against the attacks, though Palestinian officials have placed the blame on the Israeli government for failing to punish Jewish settlers. Friday’s attack is believed to be a ‘price tag’ attack – attacks of vandalism or arson by Jewish extremists. Such attacks are often made as revenge for Israeli government action against unauthorised Jewish settlements in the West Bank.

Beijing will host the 2022 Winter Olympics and Paralympics, beating the rival city of Almaty in Kazakhstan for the bid. The International Olympic Committee’s (IOC’s) vote saw 44 members voting for Beijing, with 40 voting for Almaty. Several European cities withdrew their bids for the Games, citing political or financial reasons. Beijing’s successful bid will make it the first city to hold both a summer and winter Olympics, having hosted the summer Olympics in 2008. The Games’ snow events will be held in the city of Zhangjiakou, 120 miles north-west of Beijing. The Games is expected to cost almost £1 billion to host, with venues from the 2008 Games being used again. A key part of Beijing’s bid was its pledge to tackle air pollution for the Games.

The Times: “Army prepares to tackle ‘critical’ migrant crisis” – the Ministry of Defence (MoD) is preparing to turn barracks into temporary lorry parks to relieve some of the “travel chaos” in Kent caused by the migrant crisis.

The Daily Telegraph: “Army ready to act over Calais crisis” – the MoD plans to free up roads for the weekend, as holidaymakers head to Dover en route to France. Delays from the Calais crisis have forced lorries to park on the M20.

The Independent: “Come clean about meetings with Murdoch, Osborne told” – Chancellor George Osborne has been accused of allowing media mogul Rupert Murdoch to lobby him “just days before Government announced curbs on the BBC’s budget”.

The Financial Times: “Big companies raise red flag on profits hit by China woes” – major western companies have downgraded their profit forecasts due to the slowdown of the Chinese economy.

On the Chinese stock market: China’s stock market uncertainty continues to receive coverage from UK media outlets. The BBC reports that shares in China “ended July with their biggest monthly loss in nearly six years”. The Guardian writes that Chinese authorities are ‘hamstringing’ investors in an analysis piece, concluding that the country is showing “a great example of how not to invest”. A separate agency piece in the paper is reporting that China’s securities watchdog is probing automated trading. The Daily Telegraph features a piece with “five numbers you need to know” relating to the Chinese stock market. The numbers include the US$4 trillion crash, 92 million new investors, 97 percent of stocks being frozen on 9 July, a brief 16 percent stock rally after the crash, and a US$800 billion capital flight from China