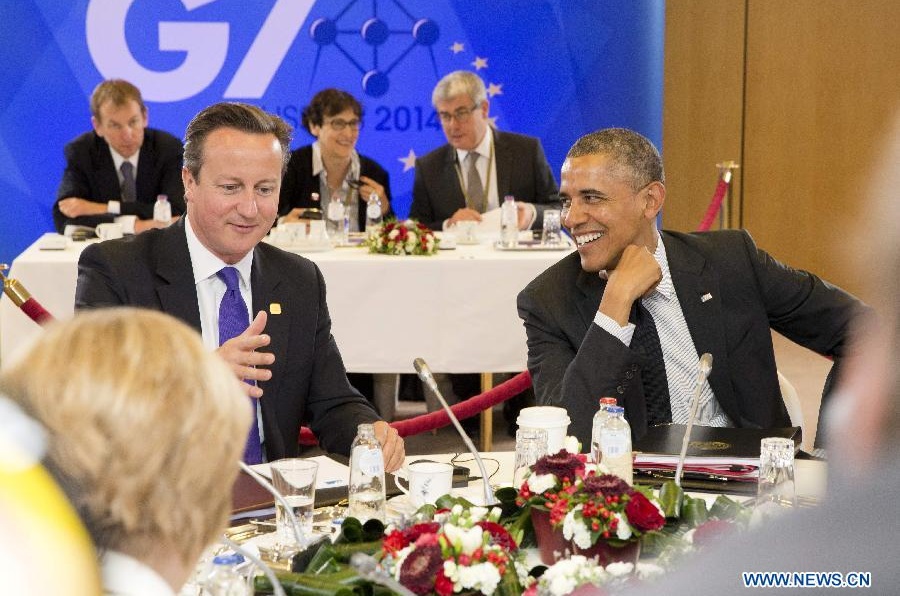 All cabinet Ministers should support any deal the government makes with the EU or be expected to leave the cabinet, Prime Minister David Cameron has said. The news, which has already caused tension with the Conservative Party’s Eurosceptics, comes as the Prime Minister attends talks with world leaders at the G7 summit in Bavaria. US President Barack Obama yesterday also voiced his support for Britain remaining in the EU. David Cameron seeks to renegotiate Britain’s relationship with the EU ahead of a referendum on EU membership, to be held before the end of 2017. The Prime Minister said that all cabinet Ministers had approved the programme for EU reform set out in the Conservative Party manifesto. Former government Minister David Davis has voiced concerns over the new government policy, while Eurosceptic Conservative backbenchers have said they expect some Ministers to resign over the issue of Europe should negotiations with the EU fail.

In Turkey, the ruling Justice and Development Party (AKP) appears set to hold coalition talks after failing to secure a majority in the country’s election. Support for the AKP, headed by incumbent President Recep Tayyip Erdogan, fell sharply to 41 percent. In 2011 elections, the AKP secured nearly half the national vote. The election also marked a breakthrough for the left wing HDP, a party that will represent the country’s Kurdish minority in parliament after securing over 12 percent of the national vote. Turkish political parties must secure a minimum 10 percent vote to take seats in parliament. The AKP must now enter coalition talks or run a minority government; holding another election is also a possibility. The AKP now has 45 days to form a government. So far, only the third-place Nationalist Movement Party (MHP) has indicated willingness to enter a coalition with the AKP.

Imports and exports both fell in May in China, with imports falling for the seventh consecutive month and exports falling for a third consecutive month. The figures show a continuing trend of slowing demand in the country, despite government stimulus efforts. Imports were down to US$131.26 billion, a fall of 17.6 percent from a year previous. Exports fell by 2.5 percent on the year previous. The decline in imports was sharper than predicted by most analysts. Observers have said the Chinese government’s trade growth target of 6 percent will be difficult to achieve under current conditions. Chinese authorities are currently seeking to transform the economy into one of consumer-led growth.

The UK’s relationship with the EU makes the front pages of several newspapers today. The Guardian leads with news that the Prime Minister has said he will “sack ministers who call for EU exit”. According to the paper, “Cameron expects support for his deal” with other European nations but has also hinted at a “deferred treaty change”. The Daily Telegraph leads with the same story, writing in its headline that cabinet minister have been told “Vote for Europe or resign”. The announcement “could bring resignations before referendum”, the paper writes. The Times reports that EU sceptics are ‘crying foul’ as the Prime Minister raises the “cash limit” on campaigning for the EU referendum. ‘No’ campaigners fear they will be outspent in the campaign and that the Prime Minister is “is seeking to fix result” of a referendum. In other news, The Independent reports in its headline that according to Labour Party interim leader Harriet Harman, Labour voters were “relieved” the party lost the general election. In what the paper calls a “Surprise admission”, Harman told the paper that Labour supporters “lacked confidence in party’s ability to govern”. The Financial Times leads with news that Anshu Jain, co-chief executive of Deutsche Bank, is to step down and join the “list of high-profile bank casualties”. Jain steps down “amid investor unrest”, the paper reports, one of several high-profile resignations recently.

On China and the environment: China’s work to lower greenhouse gas emissions has received some coverage from the UK media recently, after the release of a study by the London School of Economics (LSE). The BBC reports that according to the LSE, China’s greenhouse gas emissions “could start to decline within 10 years”, a shift caused partly by “a massive commitment” to renewable energy. The Daily Telegraph’s agency piece on the story writes that the news is a “boost to hopes to curb climate change”. The Independent, meanwhile, recently reported on a separate poll by YouGov that showed Chinese citizens appear far more likely to be concerned about climate change than their UK or US counterparts.