CCB: Clearing Into a Global Bank 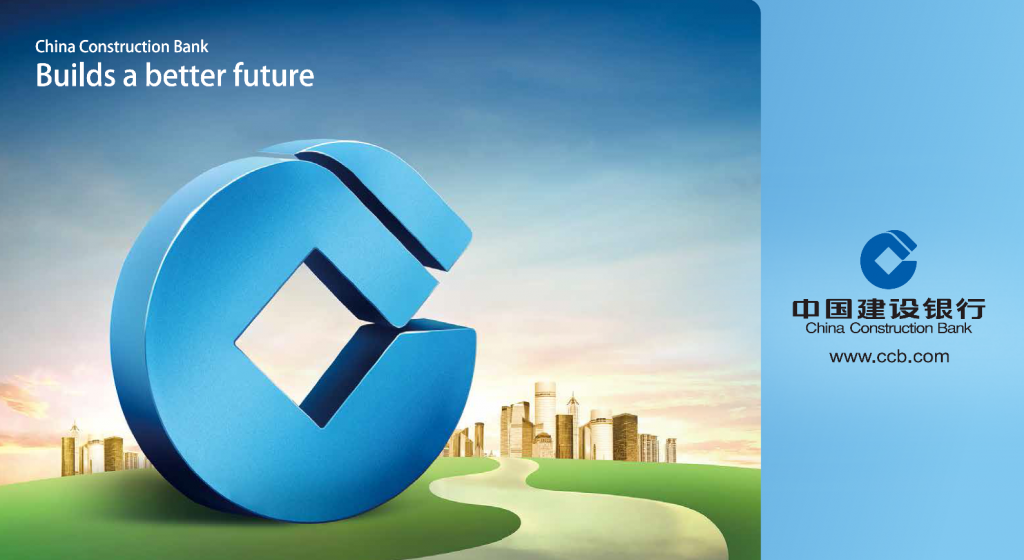 ChinaReport: In recent years, China Construction Bank (CCB) has developed rapidly abroad, especially in London. From your perspective, what have been the highlights?

Li Biao: CCB set up its first overseas representative office in London in 1991, as at that time great importance was attached to the London market. CCB’s UK subsidiary was established 18 years later in 2009, reflecting the opening up of China and the UK. After the subsidiary was set up in 2009, there were still many restrictions in place, but since the branch licence was issued in 2013, business has grown more quickly. CCB London was appointed as a [Chinese yuan] renminbi [RMB] clearing bank in June 2014. Renminbi products are [now] the business we give most importance to [in terms of] development and investment. This includes RMB clearance and RMB credit, and also supporting Chinese companies in this country, financing local enterprises, trade finance and the issue of new products.
Last March, CCB issued an ETF in London, the first product of its kind on the London market. The issuance of China Construction Bank RMB bonds in 2012 was also a first. For CCB these firsts played a part in promoting London’s off-shore RMB centre.

CR: From the point of view of business development needs and trends, which businesses will be your priorities over the next few years?
LB: Chinese banks have certain advantages in RMB business abroad as they are most likely to be the first mover, but UK local banks including HSBC and Standard Chartered have their strengths in a wide range of financial products. And if they spend some effort on promoting theRMB they will have similar strengths there.
When competing with those banks, Chinese banks should be able to provide more products and services to local markets. At the same time, our strength lies in RMB liquidity, supported by our parent group in China.
London’s financial centre is special. It’s a world leader in foreign currency trade, metal exchange and insurance products. Our next target is to figure out how to develop RMB products in the foreign exchange markets in London. In traditional businesses such as retail banking, Chinese banks don’t have many advantages because these require large branch networks, with a lot of IT infrastructure, and a large customer base. In the wholesale business sector, however, the difference in strengths is nowhere near so great. CCB‘s business strengths in China such as electronic banking are in no way inferior to those of foreign banks.
CCB is already considering what it might do in the non-banking finance sector, for example cooperating with the German Commodity Exchange, and working with the London Stock Exchange and London Metals Exchanges, thereby broadening the RMB’s business range.
During his China visit, British Chancellor of Exchequer George Osborne announced LSE membership for China Construction Bank. In the future, the LME will also be able to make RMB settlements and clearances and set RMB prices through CCB. The traditional model is really facing great pressure inside China, and by spreading out we can learn from some of London’s models.

CR: When can we say the RMB has become a genuinely international currency?
LB: Cross-border trade and clearing are a prerequisite for RMB internationalisation. RMB has to be a means of clearing and payment, otherwise it can hardly serve as a reserve currency, nor can it become an international currency. Clearing is an important part, first of all, as willingness is needed among businesses to treat RMB as a means of clearing. Some foreign enterprises, including Volk 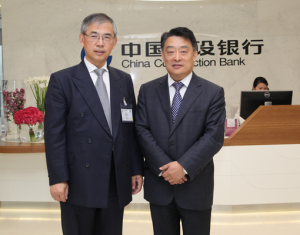 swagen – which has factories in China – have accepted RMB as a clearing currency while dealing with companies in China. These foreign companies that use RMB as a clearing method also hold RMB [as capital]. Companies like Samsung and Hyundai all use RMB in their business dealings. In Britain, time is still needed to develop in this aspect. But the RMB now ranks fourth globally in international payment and settlement. It’s only a matter of time before RMB is truly internationalised.

CR: The depreciation of the RMB has caused international concerns. Will it slow things down? Every time I talk with people in the City, they bring this up. I tell them that the Chinese economy is going through a down cycle and the dip in the RMB exchange rate doesn’t mean China is relying on RMB depreciation to promote exports. This round of currency reform coincides with the down cycle of the Chinese economy. The RMB exchange rate can remain at a stable level.
One thing they have ignored is the adaptability of the Chinese economy, and the ability of the Chinese central government to mobilise abundant resources to keep the RMB stable for the sake of economic growth. The RMB won’t experience substantial fall in the future. As Chinese Premier Li Keqiang pointed out, there is no basis for further RMB depreciation.
CR: Both Chinese and British governments are actively pushing for bilateral financial cooperation. What can be done in this area?
LB: There is a long history of bilateral financial cooperation between the UK and China. We have always viewed London as an international trading centre. What attracted Chinese banks to London is its market, and its rich tradition and culture of finance. What’s [even] more important are the financial rules and regulations and compliance culture, which Chinese banks badly need in their overseas expansion.
CCB has made it clear that we would learn from London in fostering our own compliance culture. A large number of international banks have come here to set up operations, making London so international and irreplaceable by other financial centres. In non-banking finance, London is second to none. It’s a good platform to learn so that the bank can diversify into other non-banking areas.

CR: What intergovernmental agreements can be expected during President Xi Jinping’s visit?
LB: Chinese and British governments have reached numerous agreements at policy level, including the memorandum signed by George Osborne during his China visit. President Xi Jinping’s state visit to the UK is a very good opportunity, which will bear fruit in finance and trade. We hope the UK market can provide the same environment, including regulation, to Chinese institutions as it does to other financial institutions, gradually loosen up restrictions such as accepting RMB denominated bonds as a high liquidity asset, for example. In Europe it will be a process of adaptation. We hope we can break those bottlenecks through governmental cooperation and communication between financial institutions.