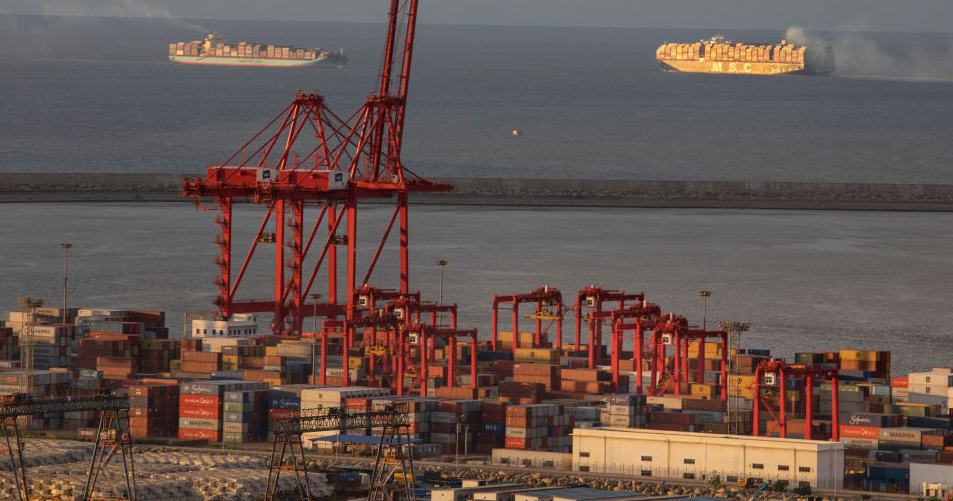 Experts at a China conference organised by the global think tank – Chatham House – are cautiously optimistic about China’s economic future.

Forty years of economic reform and growth have propelled China towards the centre stage of the global economy since the 1990s; they have also brought about a new set of challenges, both at home and abroad.

Chatham House, the Royal Institute of International Affairs, hosted a conference on China’s Economic Future at their London headquarters in July 2019.

The global think tank brought together policy-makers, industry leaders and academic experts from around the world to discuss China’s domestic economic reform agenda, its evolving approaches to global diplomacy and progress in its proposed technology-led industrial transformation.

Lord Jim O’Neill, Chairman of Chatham House, opened the conference by setting the tone for what promised to be an outstanding day ahead. While acknowledging the fact that China’s economic growth has slowed down, the man who coined the term BRIC emerging economies highlighted, ‘In the last few years China has wanted to focus on quality, rather than quantity of growth.’

Illustrious guest speakers included Kevin Rudd, former Prime Minister of Australia and President of the Asia Society Policy Institute, whose opening address focused on China’s new economic model and how it wanted to expand the role of domestic consumption as the principal engine of growth, with imposed new standards of environmental sustainability.

Other speakers concurred that there is no such thing as a “China Model” taking into account the fact that its economy and growth is constantly evolving.

The transition towards a consumption driven economy was also addressed along with projects that bring new opportunities for foreign investment such as the Greater Bay Area in the southern region of the country encompassing Hong Kong and Macau with the boom towns of Zhuhai and Shenzhen.

Still others delved into China’s more recent approach to global diplomacy. Lord James Sassoon, the Chairman of the China Britain Business Council noted a second phase of the Belt and Road Initiative and the plans the country has in place to better communicate with its partners involved in the initiative to ensure a win-win for all sides taking part.

The day concluded with a discussion on China’s technology and its mutation from “made in China” to “Invented in China” and how the country is working hard to drive productivity through innovation. There are challenges ahead, not the least from the United States that wants to keep its dominant position.

The overall consensus looks positive; the Chinese economy remains healthy and the country is working on keeping its growth rate above 6 percent. This controlled slowdown in growth rate and the new focus on deepening reforms are creating a new landscape for China to achieve sustainable growth while continuing its effort to sustain the globalisation process both around its borders and along the BRI route.

(China Report magazine is proud to be the media partner for this prestigious conference on China’s Economic Future.)

China Report | by Yu Xiaodong An Asian Century?
Amid border disputes and a strategic rivalry, China and India seek to improve economic ties and develop mutual trust “India is ready for business,” Narendra Modi told a group of […]
Economy | by Li Jia All In
The private sector, including businesses and non-profit organisations, is expected to set the tone of One Belt, One Road On May 10, 2015, International Mother’s Day, China’s central bank declared […]
China Report | by Rowan Williams and Shirong Chen Big Talk
The new Chinese owner of the British department store House of Fraser has pledged to make the brand a household name in China. Will the gamble pay off?   Academics […]
China By Numbers | by Rowan Williams Asian Infrastructure Investment Bank – Members
As of 15 April 2015, the Asian Infrastructure Investment Bank (AIIB) consists of 57 Prospective Founding Members. Asian members: China Australia Azerbaijan Bangladesh Brunei Cambodia Georgia India Indonesia Iran Israel […]