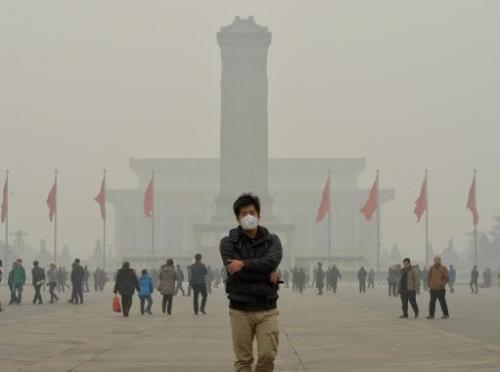 Under the new law, companies that cause pollution will be subject to harsher punishments and tougher fines. The law also stipulates specific measures to safeguard the public’s right to environmental information, and to protect from retribution those who report pollution.

However, despite this progress, the new law fails to address some major issues behind China’s deteriorating environmental situation. Firstly, as the new law has been given no special jurisdiction, it may conflict with existing laws, including the country’s agriculture law, forestry law and water law, which fall under the administration of different ministries. As the environmental law does not take priority, other ministries will be able to challenge perceived contradictions between the laws.

Thirdly, the new law does not clarify whether the public has a basic constitutional right to a livable environment. Although China’s new environmental law recognizes that individual citizens and social organizations have a right to access to “environmental information,” the right of litigation is limited to a handful of government-recognized social organizations, effectively excluding the majority of the general public from participation in the supervision of the government’s environmental protection efforts.