By Shirong Chen and Mafalda Borea 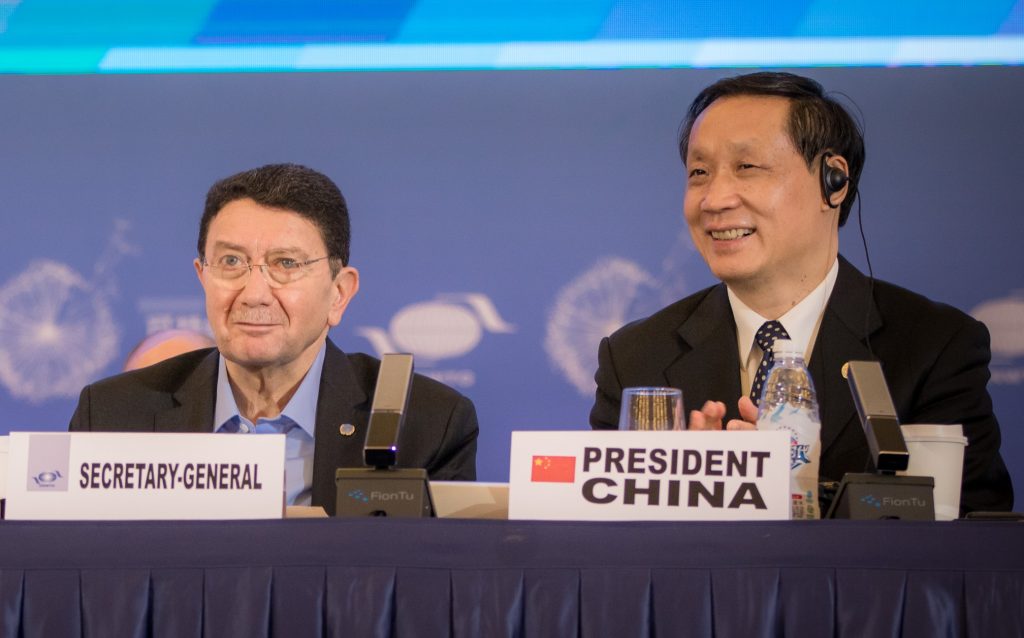 The outgoing Secretary General of the United Nations’ World Tourism Organisation (UNWTO), Dr. Taleb Rifai, shares his views with China Report on tourism development and his legacy after seven years at the helm (January 2010-December 2017).

China Report: As we approach the end of 2017, what are the highlights of the year for tourism?
Taleb Rifai: We are seeing the seventh consecutive year of sustained growth in the tourism sector since the 1960s. We have reached 1,235 million international arrivals in 2016. This constitutes an increase of four percent over the previous year. We still face many challenges, such as safety and security, the need to adapt to technological changes and sustainability, but our sector continues to grow strongly. In the first eight months of 2017, we witnessed an increase of seven percent in international arrivals. During this period over 90 million tourists traveled to international destinations.

CR: What are the main trends you see in the tourism industry?
TR: I would say that four key factors are shaping our sector. Technology, the changes in consumer behavior and the quest for authentic experiences, the growth in emerging markets such as China, and air connectivity.
Above all, we should never forget that as a sector we should place sustainability at the heart of our development. 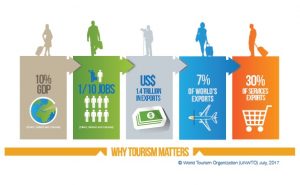 CR: What is the biggest shift you have seen in travel and tourism over the past seven years at the helm of UNWTO?
TR: The impact of technology and the growth of markets like China are the biggest shifts I have seen. Besides these, I have seen a higher responsibility and commitment of the tourism community – governments, private sector, and even the traveler – to sustainability and a greater recognition by national and international decision-makers of tourism as a tool for economic and social development.
Tourism accounts for 10 percent of global GDP, one in 10 jobs in the world and seven percent of the world’s exports.

CR: We are now approaching the end of the International Year of Sustainable Tourism for Development, so how can the individual traveler make a difference?
TR: Some 1.2 billion travelers visited international destinations last year. According to the UNWTO Report ‘Tourism towards 2030,’ this number will reach 1.8 billion by that year. These can be 1.8 billion opportunities for a better future or 1.8 billion disasters if they do not act with responsibility and respect for the environment, for our culture and the communities they visit. Each traveler can make a difference with small actions and that is why this year we launched a campaign called ‘Travel. Enjoy. Respect.’ Because we believe that tourism is about fun but also about being conscious and respectful.

CR: How do you see the China effect on global tourism?
TR: China is a leading source market and tourism destination. Besides, China is an example in terms of tourism policy having placed the sector as a pillar of its socio-economic development and as an effective tool to alleviate poverty. The recognition that China has given to tourism is exemplary and can guide other countries.

CR: What is your view on China’s tourism resources?
TR: History, culture, nature, tradition, health, gastronomy… for me and for many others who have not even visited China, this is the perception of the country.

CR: Do you have any suggestions for China in promoting inbound tourism?
TR: I do not think that China needs any lessons from anybody as it is evident that the country knows very well how to promote traveling to national destinations. And I say this because, throughout its history, Chinese citizens have learned to keep their traditions, to value their treasures, and to recognize its cultural signs. Tourism starts with that pride.

CR: Are there any collaborative plans between UNWTO and China’s tourism authorities?
TR: We have been working in very active cooperation with the China National Tourism Administration (CNTA) for many years. Examples in that regard include the hosting in 2016 in Beijing of the 1st International Conference on Tourism for Development and the celebration of 22nd UNWTO General Assembly in Chengdu in September 2016 where we had a record attendance and could see once again the commitment of China to tourism development and international cooperation.

A life dedicated to tourism

CR: How did your life path take you towards the tourism industry?
TR: I will never forget the moment in which my professional career shifted into the tourism sector. I was the Minister of Tourism in my country at the same time as Minister of Information and I soon started to love tourism. When I see today the evolution that tourism has had worldwide, it confirms my belief about the potential and the power of this sector to transform this world into a better place.

CR: What is your most unforgettable travel experience?
TR: It is very difficult to say because most of the time, traveling is about feelings, perceptions, your own moment in that precise instant. Because of that, visiting the same place twice can be similar to traveling to different destinations. What I have concluded after visiting so many places around the globe is that even the humblest corner of our planet is beautiful and has unique humans. That is the real value of tourism and also its potential.

CR: What is the moment you are proudest of, and what was your greatest challenge as Secretary General?
TR: Again, you give me a very difficult task, but when I talk about pride, I always mention my team and all those working in this sector as they are the people that have made the tourism sector bigger and more relevant in the last years. As Secretary-General my biggest ambition has been to reach that essential consensus among the biggest number of nations on the potential of tourism to induce transformative change. I believe that I have humbly contributed to that.

CR: What will your legacy be?
TR: I believe that legacies can be defined after years, but I am very satisfied to have celebrated the International Year of Sustainable Tourism for Development in the last year of my mandate at UNWTO as well as having seen the emergence of what I trust will be the first international convention in the field of tourism – the UNWTO Framework Convention on Tourism Ethics, which was approved in September 2016 in our General Assembly and which I hope will in the near future be adopted in all official languages by our member states.