Data Breach in US Government 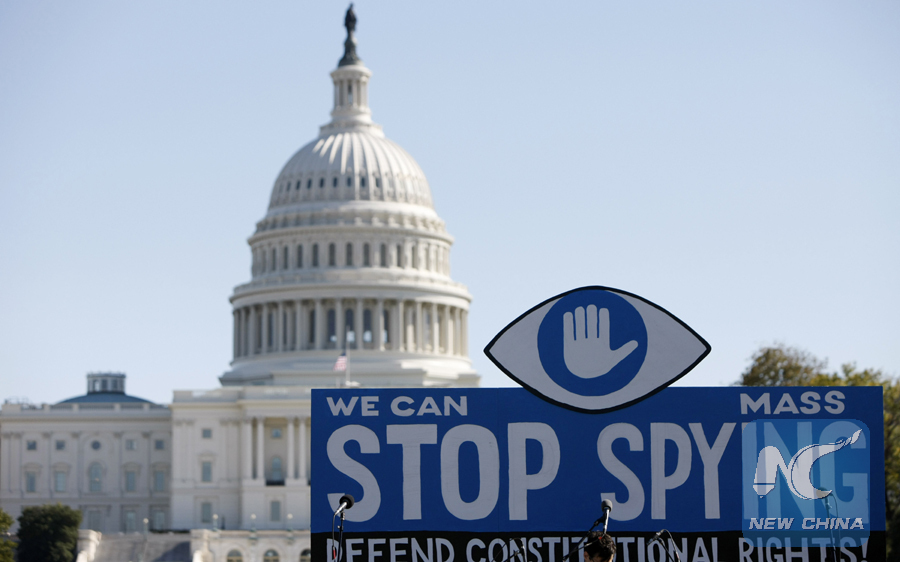 The US government has suffered a “massive breach” of government workers’ data in a cyber attack, officials have confirmed. The US Office of Personnel Management (OPM) has said that both past and present employees’ data had been affected by the attack, believed to have been committed by hackers based in China. Beijing said that making such claims before any investigation were irresponsible and unscientific. It is possible that the attack could affect every US government agency. OPM, the US government’s human resources and security clearance bureau, first became aware of the security breach in April. OPM has said it will offer all those affected by the breach free credit monitoring and identity theft insurance. The stolen data could be used to impersonate or blackmail US federal employees. US security services are still investigating the full extent of the intrusion.

Chinese salvage teams have righted the capsized Eastern Star cruise liner, in the wake of a disaster in which over 400 people are thought to have died. The Eastern Star capsized on Monday night in stormy weather, with only 14 of the ship’s passengers and crew known to have survived. Only three people were rescued alive from inside the ship. 97 bodies have been recovered so far, and authorities have said that the chances of finding further survivors were slim. The low likelihood of further survivors is understood to have triggered the decision to right the ship. Photographs of the righted ship appear to show the ship’s roof crushed. Efforts will now be made to raise the ship entirely above water. Media have reported the continued frustration of families of the victims in what they feel to be insufficient information and support in the wake of the disaster.

The UK Department of Work and Pensions (DWP) has lost a court case over a delay in disability benefit payments, after a judge ruled that such a delay was “unacceptable” and “unlawful”. Two unnamed people waited nine months for Personal Independence Payments (PIP), a delay that left them dependent on loan sharks and food banks. While the Judge, Mrs Justice Patterson, agreed that the delay in payments had been unlawful, she dismissed defendants’ claims that the delay had constituted a breach of human rights. The DWP argues that the delay was unacceptable but not unlawful. PIP is the payment system replacing the Disability Living Allowance. 78,700 people in the UK are currently waiting to hear if they can claim PIP, with 3,200 people having waited for over a year to have their claims processed. 22,800 people have waited in excess of 20 weeks. Ministers have said that the government has since taken decisive action to speed up payments.

Greece makes the headlines in The Guardian and Financial Times, with a mix of stories elsewhere. The Guardian writes in its headline that Greece is stepping “towards the exit”, after Athens refused to pay a €300 million bill to the International Monetary Fund “due today”. Having been “Angered by calls for more austerity”, Athens has asked that it make a repayment of €1.6 billion at the end of June instead. The Financial Times writes that the withholding of the payment is a “show of defiance”. Opting for a monthly lump sum instead is a “procedure last used by Zambia”, the paper writes. Pressure has risen on Prime Minister Alexis Tsipras, the paper adds. The Independent leads with news that the ‘slowdown’ in climate change has been “exposed as fallacy” by a US government agency. According to the department, the claim that global warming has eased since 1998 in fact “resulted from flaws in the way data was collected”. The Times leads with further news of football body FIFA, reporting that the organisation made a secret payment “to keep cheated Ireland quiet”. FIFA has since described the payment as a loan that was not repaid. The paper reports that the Football Association of Ireland was paid US$5 million after it lost a play-off match for the 2010 World Cup in which an opposing striker scored via a hand-ball. The Daily Telegraph leads with news that parents are “falling for allergy myths”. According to the paper, scientists have said that “‘Worried well’ families are leaving their children malnourished” because of needless concerns for allergies.

On the righting of the Eastern Star: the righting of the Eastern Star received wide coverage in UK media outlets. The BBC features a video report, and writes that efforts will now switch “from attempting to find survivors to searching the ship’s 150 cabins for bodies”. The Daily Telegraph reports that “About 1,200 relatives” have come to the town of Jianli near the disaster zone. Amid an ongoing focus on the Chinese government’s control of information regarding the disaster, the Guardian’s agency piece reports that authorities have “issued a directive for officials to step up efforts to control public opinion about the disaster response”. The Financial Times writes that authorities “grip” on the disaster is weakening, and that “Cracks” are showing in Beijing’s handling of the “fallout” from the disaster.