Deepening Engagement with a Rising China 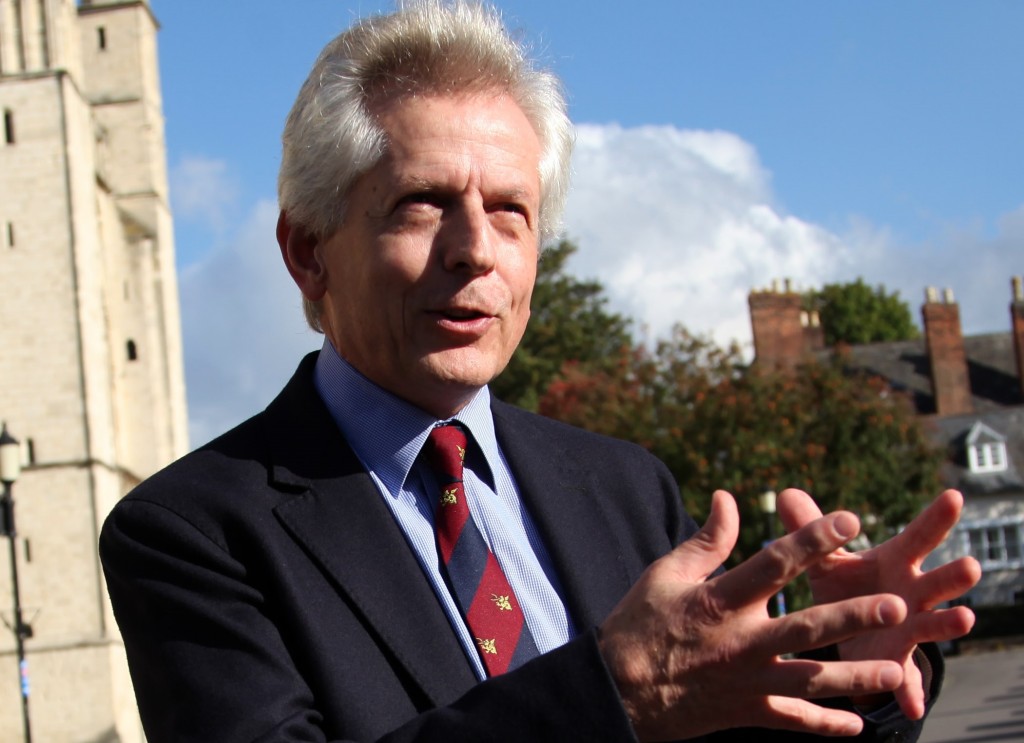 Richard Graham, the Chairman of the All Party Parliamentary China Group in the United Kingdom, talks to our reporter in his constituency of Gloucester.

ChinaReport: How do you think Xi Jinping’s state visit will impact the Sino-British relationship?

Richard Graham: I think it’s a very important visit, both for President Xi Jinping and for the United Kingdom. I’m personally very much looking forward to welcoming him to Parliament, and to being there with him at the state banquet at Buckingham Palace. I think the big picture is we do now have a strategic partnership with China. This is particularly important at a time when China is exporting capital and growing its global footprint. And the very open nature of the British economy means there are opportunities for China to invest in sectors here which would be difficult perhaps for her to do elsewhere in the West. We need China’s investment, particularly in our infrastructure and energy sectors, and so I really welcome this visit, which I’m sure will see some important agreements signed while Xi Jinping is here in the UK.

CR: If the UK needs China, can it be said the other way round?

RG: I think it’s a question probably to ask the President and his team. But the important thing about our economy is it is very open. So it has been possible, for example, for the Chinese to invest in Heathrow Airport, North Sea oil, and now nuclear power. I think it’s impossible to do in many other Western countries. So our openness I think is very helpful to China’s global ambitions.

CR: About welcoming the Chinese president to Parliament, is it on the schedule?

RG: Yes, very much so. It is the traditional role of the chairman of the All-Party Parliamentary Group for the bilateral country whose head of state visits Britain. And I shall be glad to welcome him on the happy day.

CR: Can you tell us briefly what will happen?

CR: The last time a Chinese president set foot on the British Isles was ten years ago. The British Prime Minister David Cameron is saying he wants to build a “golden era” in the bilateral relationship. Do you think it’s at the peak or not there yet?

RG: There is always more to be done, but let me give you the flavour of what I think the UK brings to China today which was exemplified in the launch we held in the Shanghai Exhibition Centre about two years ago when I was with the Prime Minister in China. Outside the Exhibition Centre itself we had the whole series of Madein-Britain cars, Mini, Jaguar, Range Rover, Land Rover, you name it. Many of those cars are bestsellers in China today. Inside the Exhibition Centre we had the British Premier League football cup which many Chinese people enjoyed holding for photographs. And I think the British Premier League is probably widely followed by large numbers of Chinese and some clubs including Manchester United have more fans in China than they do in the UK. We also had music from Adele being played, and we had clips from Sherlock and Downton Abbey both of which are bestsellers on Chinese television.

During the launch itself, we had the “War Horse,” not a real horse of course but a horse played by actors, with War Horse being shown on stage in Beijing recently while the chancellor was there. So whether it’s on the cultural side, the automobile side, the sporting side, the language side or the university side, we have 140,000 Chinese students in the UK every year studying, there are a huge number of growing people-to people links across culture, education, sport and business. I think it would be hard for any other country in Europe to rival that breadth of communication and engagement with China.

CR: If you had something of a wish list, are there any areas you would want to see strengthened or enhanced?

RG: I think there are plenty of areas for deeper co-operation. They include obviously the financial sector. China has had a very difficult summer and it’s trying to balance the difficult act of controlling the financial markets and letting the financial markets become more independent in running themselves. And this is an area we have lots of experience to be able to share. Clearly also we are trading [Chinese yuan] renminbi a lot in London now. There’s more we can do there, to issue RMB-denominated bonds and other securities.

I think in the political sphere, there’s increasingly a need for a greater dialogue on social issues that both our countries face. We are both ageing economies and we can learn from each other’s experience on issues like how to get people with mental health problems into the workplace. These are important for China as much as they are in Britain.

On the global level, as permanent members of the United Nations Security Council, there are lots of challenges – disaster relief in parts of the world with serious diseases including Africa, and challenges at the geopolitical level in the Middle East where a greater co-operation would be very good. I think the speech by Xi Jinping to the UN General Assembly demonstrates that China is now keen to play a role on the global stage in a bigger way than she has before. So this is important.

CR: In terms of bilateral exchanges, there exist quite a few formal arrangements like the People to People Dialogue, the Economic and Financial Dialogue, also Strategic Dialogue, and in your own field the regular parliamentary exchange mechanism.

RG: Yes it’s a formal term for what is fortunately relatively informal parliamentary exchange roundtable every year. And the chairman of the China-UK Friendship body in the (Chinese) National People’s Congress, Dr Zhao Baige, is also the vice chairman of the International Red Cross, exactly the right person to help strengthen the links between our two nations and two parliaments. So I welcome those sessions with her and others in the NPC. At this year’s exchange, I proposed that we had a two days and two nights seminar in Wilton Park, which is a governmentowned conference centre in Sussex, next year in the summer. Bringing people from different areas – doctors, academics, different people – to discuss these social issues, this for me is what politics is all about. It’s not so much arguing about big macro situations on which we don’t always have the same views with different histories, arguably different values, but issues like the social problems of dementia, ageing societies, pension funds, and how we treat old people with dignity, these are important issues which both our countries share, and we should be able to find a lot of common ground.

CR: At the last round table, is there a particular achievement you can share?

RG: I think dialogue is not so much about achievements, but what helps is each time I bring six or seven parliamentarians to China, that’s six or seven more people in the House of Commons who’ve been to China, had some experience of meetings there, met some students, met some business people, seen China’s developments. We went to Shenyang, Dalian and Beijing, so different experiences in all three cities. And that makes them better informed and more able and more willing to engage in debates and discussions with and about China. That’s very important.

CR: In a parliamentary democracy, in terms of overall approach to policy on China, do they always agree?

RG: No, I don’t think we always agree on anything, that is the important thing about parliamentary democracy. As I explained to the vice chairman of the NPC, the first parliamentarian who wanted to come with me on this particular visit to China was Alex Salmond, the former leader of the Scottish National Party and I disagree with him on almost every conceivable view. As it was, his wife wasn’t so keen, so he did not come. So that is the way we operate. I’m sure all the other members of the All Party Parliamentary China Group have different views with me on some issues, but I think where they agree with me, and this is important, is that engagement with China is the way to move forward. Not knowing the situation and not understanding where the Chinese viewpoint is, is not really helpful. So engagement is the key thing.

CR: Back in March, the British government decided to join the AIIB, the Asia Infrastructure Investment Bank led by China. It’s a significant step.

RG: That was a government decision, not a parliamentary decision. Under our constitution the government does not have to have a bill approved by parliament before it joins or withdraws from an international body. It’s different from the US Constitution. But it’s one which wasn’t particularly controversial in parliament. Had it been put forward for Parliamentary approval, I think it would have received it. It certainly had my full backing. Again the important thing is to be part of the new entity and to be able to help it and perhaps help the Chinese shape the direction it’s going in, drawing on the benefits of our long experience in a whole range of international markets, which China has perhaps only come to more recently. So I think it’s a good thing for China and it was well received in China. Everybody I saw on the last visit referred to it positively and I’m very glad.