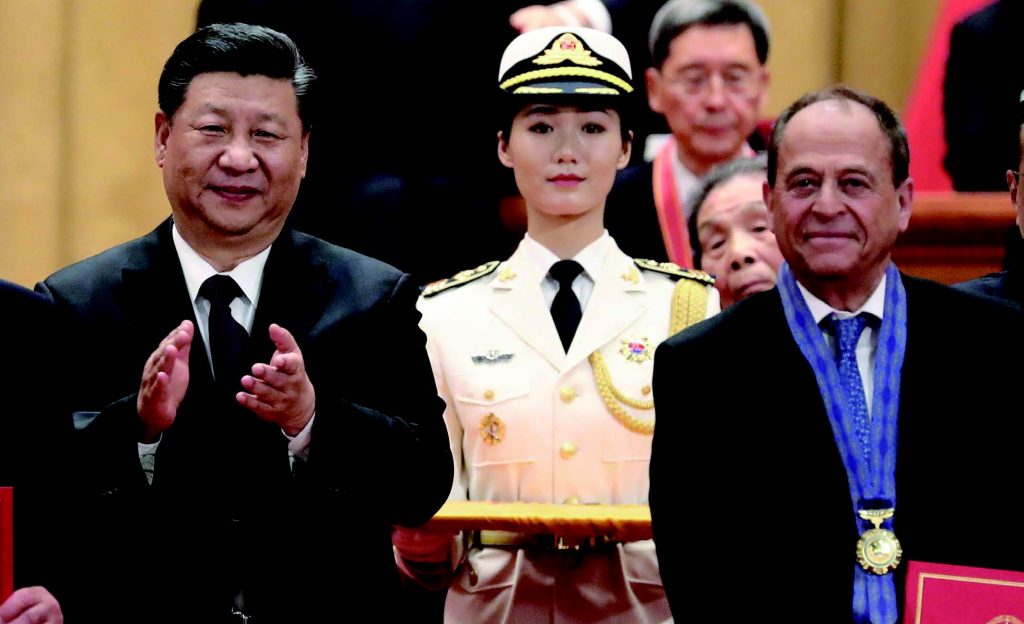 Chairman of the 48 Group Club, Stephen Perry, has been recognised for his sterling work to improve Sino-British trade relations during China’s 40 years of reform and opening-up.

On December 18, 2018, Chinese President Xi Jinping, also general secretary of the Communist Party of China, and other government leaders gathered at the Great Hall of the People in central Beijing to present reform medal awards to a selection of 100 Chinese personalities, from scientists to sports stars, from entertainers to ecommerce gurus at an occasion to mark the 40th anniversary of reform and opening-up, which has transformed the economy for the world’s most populous country and projected China onto the world stage.

As well as the Chinese honourees, British businessman Stephen Perry was one of 10 foreigners to receive a Reform Friendship Medal at the occasion, although only four were present as five had died and one did not make it to Beijing. The blue medal looks quite heavy, representing a substantial recognition of what the soft-spoken Englishman has done ever since China decided to open its doors to the outside world.

He told China Report he had received a medal before from the China Council for the Promotion of Trade (CCPIT) about 10 years ago for helping with trade and commerce promotion between the UK and China, but he did not expect to receive the new honour “from the hands of President Xi Jinping.” It’s nice to be remembered, Perry said with a broad smile.

Perry is known in China as “Perry Junior” because his father Jack Perry was the original ice-breaker, leading a British trade delegation in the early 1950s when the newly founded People’s Republic of China was not recognised by many other countries.

Talking about the transformational changes in China, the younger Perry recalled that “China was very poor and backward before the reform started.” When he first visited Guangzhou, capital of South China’s Guangdong Province with his father back in 1972 for the Canton Fair, there were only a handful of hotels open to foreigners.

He is both a witness to and a participant in China’s reform and opening-up process. He was a participant in an early joint venture between the UK and China, when his family business signed a commitment in 1984 to produce cigarette filters in Nantong, a city on the banks of the Yangtze River in Jiangsu Province. Production started in 1989, in cooperation with China National Tobacco Corporation. 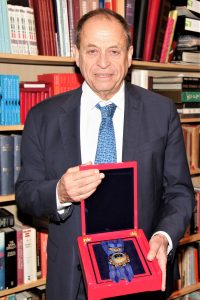 Beyond the promotion of trade and investment, Perry Junior set about doing what his father Jack Perry had done before him – to break the ice of misunderstanding and facilitate cultural and economic exchanges. After he took the baton from his father in 1994, Perry has continued to build bridges between China and the United Kingdom, including giving advice to Chinese companies who have expanded to the UK, and to British companies and government ministers who want to interact with China.

With a membership of more than 600 British and Chinese entities in the 48 Group Club, Perry has been promoting exchanges among members as well as within the wider community in China.

The founding members of the 48 Group Club, who have been doing business with China since the 1950s, describe themselves as the “original Icebreakers,” helping to start East-West trade at the height of the Cold War, according to the 48 Group’s website. The group later merged with the Sino-British Trade Council in the 1980s, and is now the China-Britain Business Council (CBBC), which still promotes “positive Sino-British relations.”

It is a mission that Perry is continuing to this day. In his more than 200 visits, he has witnessed the whole process of China’s reform opening-up and the tremendous changes that have taken place.

He has come to appreciate the significance of the reform programme. To him, the last 40 years also represent an ice-breaking journey for the Chinese.

Being a facilitator between China and the UK requires understanding and conviction. Perry told China Report that his father’s belief in China regaining its place in the world grew as he visited China more. But some people were very critical because he worked with communist China. “I have had my own share of criticism. People think I’m politically motivated. But I believe Britain has benefited from participatingin the revival of China,” Perry said.

According to Perry, the UK and the rest of the world need a prosperous China. China not only is a major driver of growth, it is also helping countries and regions along the China-led Belt and Road Initiative (BRI) to catch up.

What’s more, he believes that if what China has done is mostly catch-up during the past 40 years, what the country is embarking upon in the next 30 to 40 years will be phenomenal, something not
done before.

For example, in addition to practising socialism with Chinese characteristics, the Belt and Road will pave the way for what the Chinese leadership hopes will build a community of shared destiny.

“Different leaders have written different moments of history into Chinese development, but when you have all three together, it’s going to be so significant not only for China, or the BRI countries, but significant to the whole world. I am not sure if I could live to 2049 to see it,” he said.

To achieve that goal, there is still a place for his ice-breaker spirit. As he puts it, the old ice may be broken, but new ice will appear.

Faced with the rise of China, there is considerable suspicion and misunderstanding between China and the West. So long as China sets itself along the path of further reforms, there will be room for more icebreakers, old and young.

No interview is complete without touching on the Sino-US trade friction, or the hyped-up fear of Chinese dominance in technology. The man who dedicated his life to promoting cultural understanding between China and the UK seems to foresee it coming.

he US is frightened, he said. To understand China’s development in its own context – that of needing to lift hundreds of millions of people out of extreme poverty, China’s continued development needs an open world. In some respects, China will face stiffer competition.

“And now if China is to succeed, having created a lot of benefit from exports, it’s got to create its own domestic market. It has to have substantial innovation. This innovation will require a substantially active private sector. China has to embark upon managed capitalism.

“Through its hard work and educated people and the leadership of the Communist Party of China, the nation is making great strides in innovation. What you will see over the next 30, 40 years is that those benefits will increasingly be understood to be shared. In this sense, icebreaking is also about presenting opportunities.”

Engraved on Perry’s Reform Friendship Medal are the words: “The successor of Sino-British friendship facilitation and promotor of trade and people-to-people exchanges.”

He has still a lot of work to do.