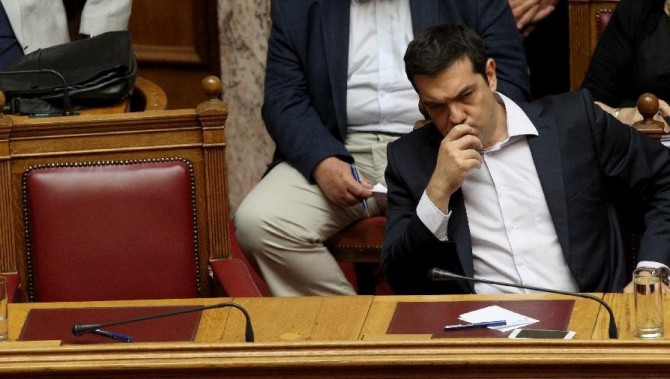 Eurozone ministers will discuss options for a further bailout deal for Greece, following the country’s default on a €1.6 billion debt repayment to the International Monetary Fund (IMF). Greek Prime Minister Alexis Tsipras approached EU creditors with new concessions on Wednesday, hoping to secure a new deal. In addition to leaving the country on the brink of financial collapse, Greece’s default on an IMF loan, the first in the EU, raises major questions on the irreversibility of the European single currency. Greece is now without bailout funding for the first time since 2010. Talks have repeatedly struggled over the terms of a bailout deal, with Greece reluctant to impose any further austerity measures demanded by the IMF, European Commission and European Central Bank. Tsipras has called a referendum on 5 July for Greece to decide on whether to accept bailout terms, with European ministers saying that the referendum will decide whether Greece remains in the eurozone.

A third runway at Heathrow airport should be built to deal with growing demand, the Airports Commission has recommended. On Wednesday morning, the commission said it was unanimously in favour of building a third runway at Heathrow, providing strict pollution targets could be met. Heathrow’s £17 billion expansion would give an estimated £150 billion boost to GDP over 60 years, add an additional 250,000 flights annually, and create 70,000 new jobs. Building a third runway would also require the demolishing of 783 homes, including most of the village of Harmondsworth. The commission has said that conditions for building the runway should include a ban on night flights, noise and air pollution caps, and a law to ensure that a fourth runway cannot be built. Mayor of London Boris Johnson has been highly critical of Heathrow expansion plans, saying a decision to build a third runway would be “catastrophic”. The government has said it is continuing to weigh up the report before making any decision.

China’s legislature passed a sweeping new security law on Wednesday, with the law covering issues from religion and culture to cyber security and territorial sovereignty. The law, passed almost unanimously by the standing committee of China’s National People’s Congress, is intended to protect citizens’ fundamental interests, Chinese state media said. The law includes proposals to make key network and infrastructure systems secure and controllable, as well as authorisation to take all necessary steps to protect China’s sovereignty. The law could cause concerns for some foreign businesses, who fear the law could force technology firms to reveal intellectual property to authorities.

Greece again appears on a few front pages today, following its missed €1.6 billion loan repayment to creditors. The Financial Times writes in its headline that a “Last-minute Greek appeal” for a bailout deal was “rejected”. Eurozone ministers blocked any extension to Greece’s bailout deal, the paper reports, leaving Greek Prime Minister Alexis Tsipras in a “separate bid for fresh deal”. The Guardian leads with news that Greece will be “left mired in debt for decades”. According to International Monetary Fund data seen by the paper, Greece accepting the deal offered by creditors would mean “Unacceptable debts to 2030”. The Independent leads with a report into gunman Seifeddine Rezgui, who killed 38 people in a terror attack in Tunisia on Friday. Rezgui “visited Libya in January and March this year for military training”, the paper reports, and was radicalised by disgust at the conflict in Syria “where two of his friends died”. The Daily Telegraph leads with a report into how the “NHS helpline refuses to send out ambulances”. The paper investigates the “dubious methods” of the UK’s 111 health helpline, where one worker admits “we’ve all killed someone”. Helpline callers may be denied an ambulance due to a shortage of paramedics. The Times leads with news of a “day of chaos” for Britain, as a “Calais strike and soaring temperatures bring travel misery”. The UK’s current heatwave could also affect rail services, the paper writes.

On China and the environment: Chinese pledges on emissions have received some coverage recently, following a meeting between China’s Premier Li Keqiang and French President Francois Hollande. The BBC reports that China has “unveiled” its climate action plan, “a significant moment in international climate negotiations”. China’s pledges go “even deeper” than those it made in previous talks, though adds that China’s current emissions are still “gargantuan”. The Guardian reports one observer as saying that “China is definitely capable of over-achieving” on the targets set out. Another Guardian article reports Australian Foreign Minister Julie Bishop has “played down the significance” of the pledge. The Financial Times reports that China’s pledges have “bolstered hopes for a global deal”, following similar pledges from the US, Brazil and South Korea.