By Rowan Williams and Shirong Chen 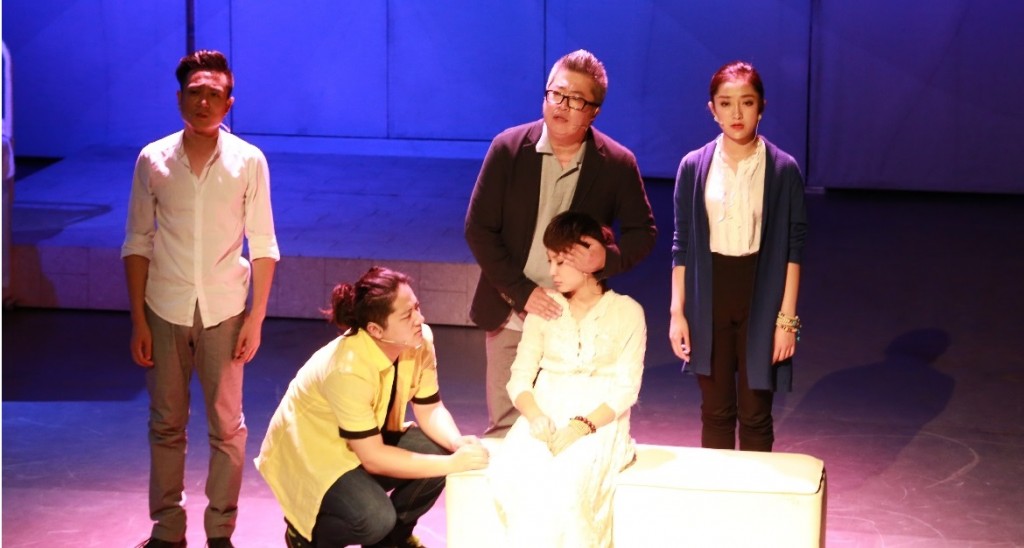 One of China’s most successful composers has big plans for the future. Meet Xiao Ke, a soft-spoken man who hopes to bring his own musicals to London’s West End.

“The most tragic kind of story is the kind where two people who are in love cannot be together”. Such is the songwriting philosophy of Ke Zhaolei, better known in China as Xiao Ke. A quick glance over the works of Shakespeare, Austen or Homer would appear to concur with this sentiment.

Outside China, audiences may have heard of Xiao Ke’s saccharine campaign song Beijing Welcomes You, the official song of the 2008 Beijing Olympics. In China, his pop music career has spanned more than two decades.

Sitting in a quiet north London cafe, Xiao Ke tells us of the recent diversification of his endeavours – into the Western-dominated field of musical theatre, and more besides. One could almost view him as a three-in-one Tim Rice, Elton John, and Andrew Lloyd Webber.

So can we expect a Phantom of the Peking Opera any time soon? Well, not exactly. When it comes to musicals, Xiao Ke generally prefers works more rooted in reality. Xiao Ke is particularly fond of the musical Once, and notes that his own shows are of a broadly similar style. His shows feature a modern-day setting, with characters facing challenges of love and separation common to all, in both East and West.

Xiao Ke believes that musicals can be a powerful medium of communication between cultures. Ke’s ultimate goal is an international hit musical. Not a Turandot, but perhaps a Jasmine. And, as one of China’s most celebrated composers, Xiao Ke is not afraid to trust his instincts when turning his attention to a task. So far, this appears to have paid off. He already has three musicals under his belt in China, with one broadcast on national television. In addition to including his biggest hits in the shows, Xiao Ke also titles his shows after his most famous songs, a decision which serves to broaden his audience appeal.

For all this, Ke still faces an uphill struggle in popularising musical theatre in China. While Chinese visitors to London will often make time to see a West End show – or several, in Ke’s case – musical theatre remains a small industry in China. High ticket prices remain an obstacle, with many of the young would-be theatregoers in China’s middle class unable to afford the minimum £25 ticket price most shows command. However, the industry is slowly gathering steam in China – Mandarin-language productions of Mamma Mia! and Cats have met with success, and in August 2014, a US$320 million musical production centre was approved for construction 30 miles south of Beijing. Just months later, the company behind the production centre produced the first Mandarin production of Sondheim’s Into the Woods in Beijing. With the centre due to be completed in 2017, will it be long before Chinese shows premiere on the West End?

Ke’s own attempts to promote the musical as a medium have been particularly hands-on. “I’m quite lucky, I have my own 200-seat theatre in Beijing, so I am free to work on my own projects”, Ke told our reporter. “In 2013, I staged my first musical, Steady Happiness.” After the show premiered, Ke tells us, he would quiz his theatre managers for feedback, hungry for information on box office takings. Beyond composition and production, Ke is also currently starring in a revival of Steady Happiness at his theatre inside Beijing’s avant-garde 798 Art Zone. 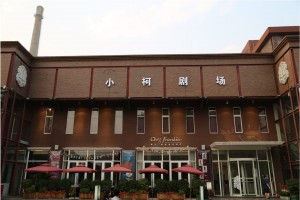 Given Ke’s unusual journey from popular composer to fringe actor, it will come as no surprise that his story is one of change. Music, however, is a constant – “I was lucky enough to know what I wanted to do with my life at the age of 10, and have been able to pursue it constantly,” he says. As an 18-year-old music student during the heyday of rocker Cui Jian, Ke recalls growing his hair long and developing a passion for rock and roll. By the age of 20, Ke had donned a suit and turned to jazz, picking up composing on the way. Ke spent his earlier song-writing days churning out ballads “all about young people’s desire for love.”

Those days are behind him now – “I can’t really write those any more”, Ke admits. “I’ve passed that age and I won’t feel that youthful enthusiasm again.” Instead, Ke has put more thought into his songs, but this also comes at a price. “So much has changed in the world. The Internet has changed the way musicians work. Over the last 10 years I’d say I’ve been hesitant in my writing, unsure how to communicate. Constant self-criticism, constant over-thinking, and I’ve only been able to write something after this endless deliberation.” Despite his hesitation, Ke sees this change as natural. “At my age if you rely on passion to write, you find out quickly that you don’t write very much. It’s very different from being younger when you can write lots. Now it feels like I’m putting my soul into my music.”

Ke remains hopeful for the future of musicals in China, but his outlook for composers is bleaker. “Life for Chinese musicians isn’t good right now,” Ke knits his brows and gestures as if holding a pipe. “China’s copyright protection laws aren’t good… There are all sorts of ways of earning money easily, but music isn’t one of them.” This is where another of Ke’s ambitions comes into play. For three years, he has been working on the establishment of an organisation that will protect the rights of Chinese musicians. While this association was eventually set up, with its aim being the development of a songwriters’ union, initial reaction to the company in China – a country infamous for the prolific rates of film and music piracy – was one of scepticism.

“Everyone was asking whether our corporation was real or not. People didn’t understand how a gang of musicians could form a company. So we held a press conference to tell everyone,” Ke told ChinaReport. One major task for composers is simply determining who in fact owns the copyright to their songs. Ke’s company can assist songwriters in achieving this, and he takes quiet pride in his company. “There’s strength in unity. This is the most important thing I’ve done in China recently.”

Xiao Ke’s run of Steady Happiness will conclude soon, and another of his productions, Because of Love, will take its place. What does the future hold for musicals in China? Ke teases that his next musical project will be a move away from the more realistic style of his previous shows. The tale will feature a mythical village filled with jasmine flowers, and stories from Chinese legend. Could this be the first musical to succeed in reversing the west-to-east journey of musicals before it? Whether onstage, at his piano, or at a negotiating table, it seems that for the foreseeable future, Xiao Ke will remain a busy man.

Culture | by Shirong Chen The Play’s the Thing
Actors from the Chinese mainland and Hong Kong are returning this summer to London’s south Bank to stage Richard III and Macbeth in Mandarin and Cantonese. In the inaugural Year […]
Culture | by Wu Ziru and Xie Ying The Third Pole
Unlike earlier Chinese films about Tibet that were strongly coloured by propaganda, Roof of the World is viewed as a pioneering documentary that presents the region through the eyes of […]
China Report | by Li Jia and Liu Yutong Private Power
Despite unabated political tension, cultural exchanges between China and Japan have increased in recent months. These ties are expected to help ease diplomatic strain A 3,000-member Japanese delegation of tourism […]