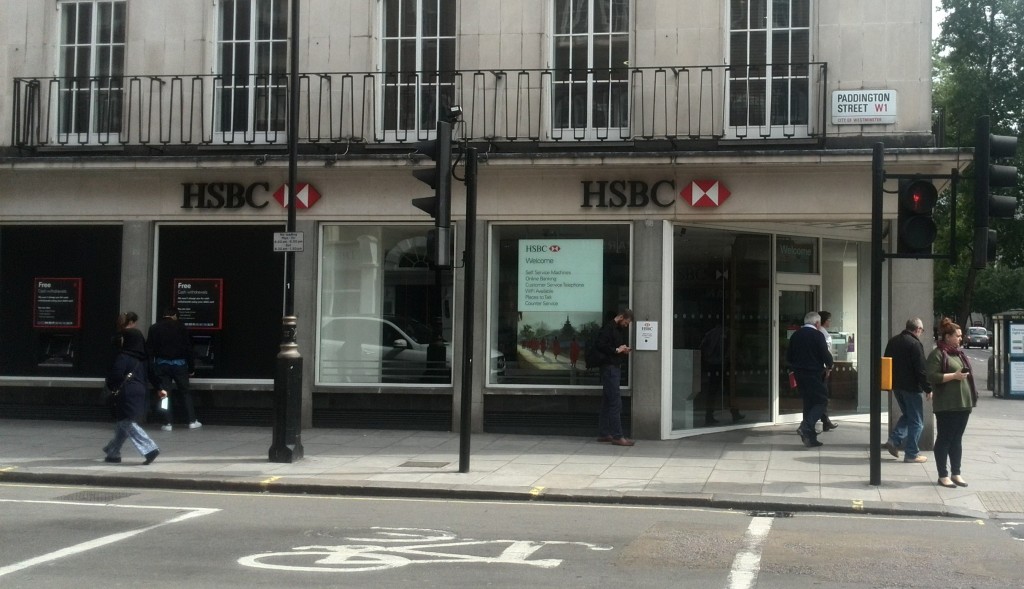 HSBC, Europe’s biggest bank, is to cut 8,000 jobs in the UK as it moves to reduce costs. Globally, the bank will cut up to 25,000 of its 266,000-strong workforce, with job losses falling in both its retail and investment banking arms. The bank will also rebrand its UK High Street branches, a move caused in part by the government’s forcing of HSBC to separate its retail and investment banking operations. HSBC Chief Executive Stuart Gulliver has already cut the bank’s workforce by the tens of thousands since taking charge in 2011. The number of HSBC is set to eventually fall to 208,000, as the bank realigns itself to focus on Asian markets and use digital technology. Unions in Britain have reacted angrily to the news. Gulliver made the announcement in a briefing to shareholders, during which he also set out the criteria HSBC would use to decide whether it would keep its headquarters in the UK. A decision is expected by the end of 2015.

Wales will ban the smoking of e-cigarettes in enclosed public places under new public health legislation. The law, decided on by Wales’ devolved Labour government, is likely to come into force in 2017, and will include restaurants, pubs, and workplaces. The law comes as part of legislation that will also force retailers of tobacco and e-cigarettes to join a register, and make it illegal to give tobacco and e-cigarettes to children. The decision to ban e-cigarettes in public places in Wales, the first such restriction in the UK, has already proved controversial: government Ministers have said the ban is motivated by a desire to stop the ‘normalisation’ of smoking in public following the first smoking ban. Those opposed to the ban claim that e-cigarettes are a vital tool in helping tobacco smokers quit, or switch to a healthier alternative, and that the majority of e-cigarette smokers are former smokers, rather than non-smokers.

In China, forensic workers have finished the collection of DNA needed to identify the 432 victims of the Eastern Star cruise ship disaster, China’s worst maritime disaster in almost 70 years. The Eastern Star capsized in stormy weather on the night of 1 June, with just 14 survivors of the disaster. Eight people remain missing, and authorities have widened the search area 1,000km downstream as they continue to search for bodies. With all bodies removed from the cruise ship, operations have now shifted to a morgue in the nearby town of Jianli, where victims are being cremated. Authorities will now collect DNA samples from relatives of victims for matching purposes. As relatives of victims search for closure, questions continue to be asked about the circumstances of the disaster – particularly the crew’s failure to issue a distress call as the ship encountered difficulties.

Politics and the G7 summit make the headlines today. The Times leads with news that the Prime Minister has backed down over earlier threats to sack cabinet Ministers wishing to campaign against Britain’s continued membership of the EU. The paper describes an MPs’ “revolt over Europe” in its headline, and calls the Prime Minister’s actions “an embarrassing climbdown”. The Daily Telegraph leads with the same story, describing events as a “Tory mutiny on EU referendum”. Amid “Downing Street chaos”, the Prime Minister “insists he has not decided” whether MPs may campaign for a ‘No’ vote to Europe, the paper reports. The Guardian leads with news that Russian President Vladimir Putin has been told he is “wrecking Russia” by US President Barack Obama. For Russia’s suspected actions in the Ukraine conflict, Putin was “accused of trying to recreate Soviet glories” by President Obama, the paper writes. Also agreed at the G7 summit was a “historic accord to phase out fossil fuel emissions this century” – an agreement that makes the headline of the Financial Times. The “historic decision” presents a “Huge challenge for energy companies”, the paper writes. Also confirmed was a “$100bn pledge to poor countries” to assist them in the battle against climate change. The Independent leads with news that the former leader of Greenpeace UK has denounced “‘immoral’ anti-GM protests”. Now believing genetically modified food to be safe, former Greenpeace UK Executive Director Stephen Tindale has said anti-GM campaigners “put ideology before needs of the poor”.

On Tuesday’s Hebei province shootings: four people were shot dead by a lone gunman in Hebei province on Tuesday, with the gunman later found shot dead by authorities. The story received coverage from the BBC and The Guardian. The BBC writes that “Mass shootings are rare in China, where firearms access is strictly controlled”. The Guardian’s agency piece reports that according to the government, the 55-year-old gunman “had bipolar disorder”.