Huawei’s High Hopes in the UK 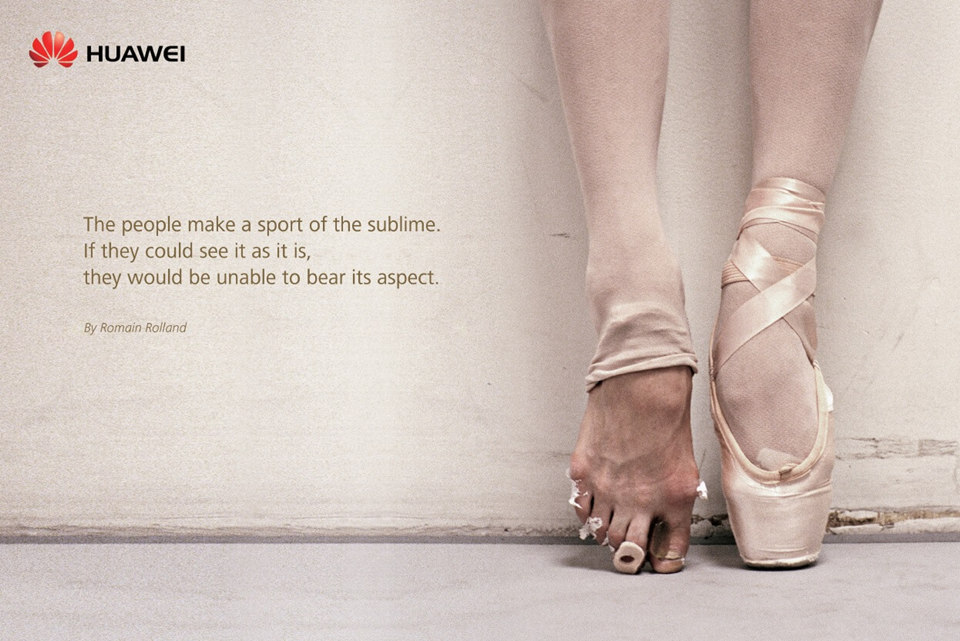 In September 2012, Huawei’s founder and CEO, Ren Zhengfei, in a meeting with UK Prime Minister David Cameron, made a five-year spending commitment to the UK. In June 2015 it was announced Huawei is “on track to meet” £1.3bn five-year UK spending target. According to economic impact study from Oxford Economics, Huawei has made a contribution of £956m to UK GDP over the last three years (2012-2014) and currently supports 7,400 jobs directly and through its supply chain. The figures are among those found in an economic impact study commissioned by Huawei and conducted by Oxford Economics.

Speaking at the time, the Secretary of State for Culture, Media and Sport, John Whittingdale, said: “In 2012 the UK government welcomed Huawei’s five-year spending commitment as a sign that Britain was open for business and was attracting some of the world’s biggest businesses to invest here. I’m pleased to see the progress Hua- wei has made since then. It is a clear vote of confidence in Britain’s highly-skilled workforce and a recognition of the success we’ve had in creating the right environment for businesses to grow and flourish.”

Huawei’s total contribution to UK GDP grew by an average of 23.7% annually between 2012-14, according to the Oxford Economics study and over that time it sourced goods and services from suppliers based in 70% of the UK’s postcode areas and it made a positive contribution to GDP and employment in all of the regions of the UK.

Investor of the Year

The news that Huawei is on track to meet its investment commitment followed the announcement that in 2014 Huawei had won Chinese Investor of the Year at the British Business Awards. The awards organised by the British Chamber of Commerce in China and the China-Britain Business Council, are a celebration of UK-China trade and investment. Speaking of the award at the time Gordon Luo, Huawei UK CEO said: “Huawei is honoured to receive this accolade from Te British Business Awards. Te UK is a leading market for digital innovation and we will continue our investment into the country to help drive technology into the future.”

Huawei in the UK

Huawei’s strategy is to build a better connected UK. Its technology and employees in the UK help to connect communities every day. Since Huawei opened its frst ofce in the UK in 2011, it has grown from being a telecoms provider to a fully integrated ICT supplier. Huawei is now a central player in the deployment of the UK’s broadband and telecoms networks and is partnering with all the major UK operators to deliver the fastest speeds and most comprehensive connectivity.

Beyond supporting its customers, Huawei is also taking a more active role in promoting Science, Technology, Engineering and Mathematics (STEM) subjects with young people. STEM disciplines are at the heart of its business and maintaining a high-skilled workforce in the UK is key to Huawei’s continued business growth.

The Huawei UK ‘Seeds for the Future’ programme, started in 2011, continues to take talented STEM undergraduates to China for ICT training, which includes Mandarin language and culture lessons in Beijing and placements in Huawei headquarters. In 2015, Huawei invited 32 UK students to China, bringing the total number of students who have visited China from the UK in the past four years to over 100.

At Vodafone’s 2014 Supplier Awards, Huawei was awarded ‘Extraordinary Contribution to Project Spring’. Te award recognises Huawei’s outstanding contribution to Vodafone’s Project Spring in terms of commitment and dedication, speedy rollout across all target countries, guaranteed high network performance and effective management of delivery. This is the fifth award Huawei has received from Vodafone Group. In 2008 Huawei was named ‘Outstanding Performance Supplier’. In 2009 and 2012, Vodafone Group named Huawei as their ‘Global Supplier of the Year’. Huawei was also named ‘Responsible Supplier of the Year’ in 2013.

As part of its ongoing commitment to the UK, Huawei announced its five-year plan in November 2012 to invest £650 million, and to procure an additional £650 million in services in the UK. This £1.3 billion investment and procurement strategy will see investment into centres of technical and financial excellence, including research and development facilities and other group investments. To support this growth, Huawei will increase its UK workforce to over 1,500 by 2017.

In its Carrier Business, Huawei will continue to support customers in improving the efficiency and capacity of their networks, as well as enabling them to maintain profitability. In the next few years this includes working on the continued rollout of 4G networks and services, and working with our partners to accelerate 5G research.

In the Enterprise Business, Huawei will continue to leverage our end-to-end advantages across the cloud, network and device markets, to deliver innovative solutions to enterprise customers. Huawei is committed to working with customers and partners to embrace the challenges of ICT transformation, building a favourable ecosystem, promoting development and integration across the ICT industry.

Huawei’s Consumer Business has rapidly grown from a white-label manufacturer to a leading global brand. In 2015, Huawei’s Consumer business group is focusing on markets outside of China, including the UK. Huawei will consolidate its position in the mid-range and high-end smartphone market. 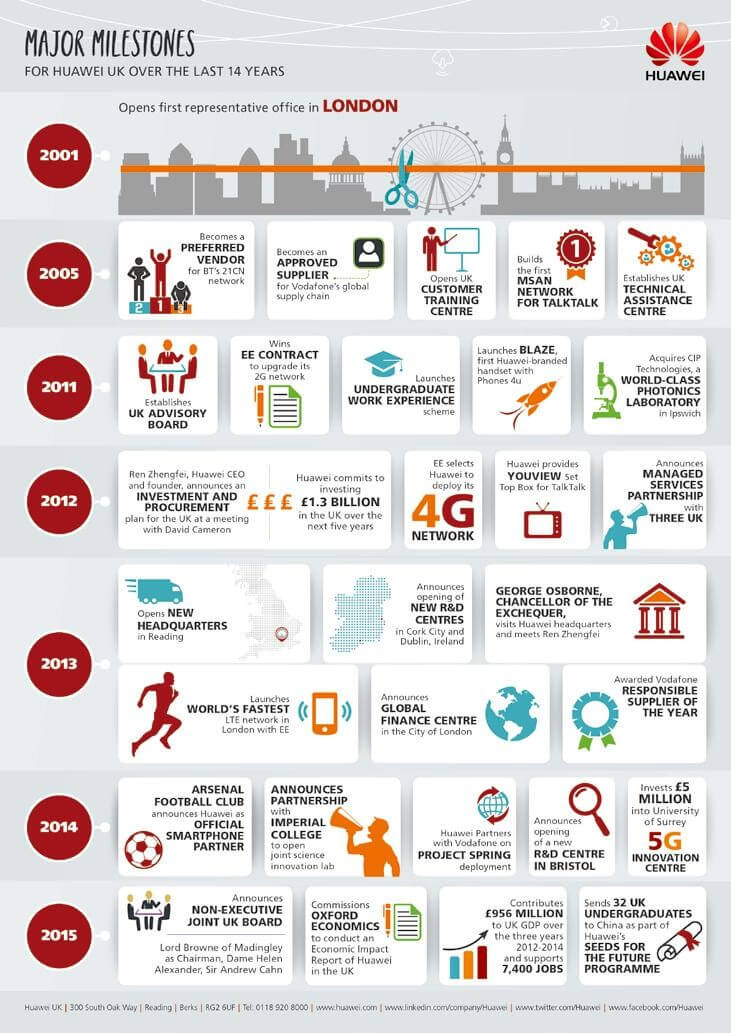