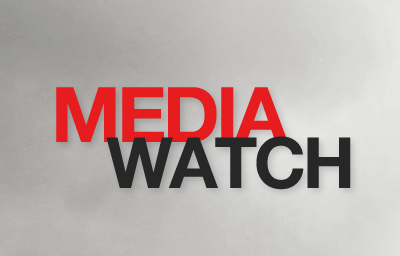 MP Liz Kendall has dismissed claims she will step down from the Labour Party leadership race, as unrest within the party continues to draw attention. Some Labour Party members had reportedly called on Kendall to withdraw from the race and give support to another candidate to defeat Jeremy Corbyn. The claims come after a YouGov poll released on Wednesday showed left-wing candidate Corbyn ahead in the leadership race, with Kendall holding the lowest share of votes. Corbyn’s lead in the polls has drawn criticism from some, including former Prime Minister Tony Blair, who on Wednesday warned that a left-wing Labour would be unpopular with the electorate. Former Deputy Prime Minister John Prescott, meanwhile, spoke on BBC Radio 4’s Today programme to attack Blair’s comments and urge party members to focus on policy.

Greece appeared to take a step towards economic stability early on Thursday, after politicians voted to pass a series of economic reforms in the country. The passing of the reforms paves the way for further bailout talks between Greece and the country’s international creditors. Greece hopes to secure a further €86 billion bailout package in negotiations beginning on Friday. Angry protests occurred outside the Greek parliament on Wednesday as politicians debated the reforms long into the night. Reforms to be passed include changes to the Greek banking and judicial systems. The measures passed with wide support, with 230 votes in favour, 63 against, and five abstentions. While some had feared a major rebellion within the governing Syriza party, no major rebellion occurred. A Greek thinktank has warned that securing a third bailout deal will not prevent Greece from slipping into recession in 2015, however.

China has lodged an official complaint with Myanmar, after the south-east Asian country handed down life sentences to 153 Chinese nationals for illegal logging. Following the verdict, China’s Foreign Ministry expressed its concerns over the decision, and appealed for Myanmar to deal with the case in a reasonable manner. All of those convicted will be given the chance to appeal against their sentences, one court official has said. The loggers were arrested in January during a crackdown on the illegal timber trade, a lucrative industry in Myanmar. China’s high level of growth has fuelled demand for Myanmar’s natural resources, though some observers have suggested that this has caused resentment of China within Myanmar.

Politics and health are the major topics on front pages today. The Daily Telegraph leads with news that the Labour Party is “in turmoil”, as MPs “turn on” left-wing leadership candidate Jeremy Corbyn. Centrist Labour politicians have expressed concerns after a poll released on Wednesday showed Corbyn to be ahead in the leadership race. The Independent asks if the Labour leadership contest is “The longest suicide vote in history?” The paper reports Tony Blair’s concerns of a shift leftwards in the party, and implies that despite the potential damage of the party’s public infighting, “there are still seven weeks of the contest to come”. The Times leads with news of a “Child abuse cover-up at the heart of government”. According to the paper, MI5 “urged secrecy” over child abuse claims against a senior politician in Margaret Thatcher’s government in the 1980s. The Guardian leads with news that Home Secretary Theresa May has vowed to “transform Britain’s police”. An “Independent review of deaths in custody” will be part of the reforms aiming to restore public confidence in the police, the paper reports. The Financial Times leads with news that a breakthrough in the development of drugs to treat Alzheimer’s disease has raised hopes of a “pharma revival”. Recent advances in pharmaceutical research have ended an “innovation drought”, the paper reports.