By Shirong Chen and Fang Sue 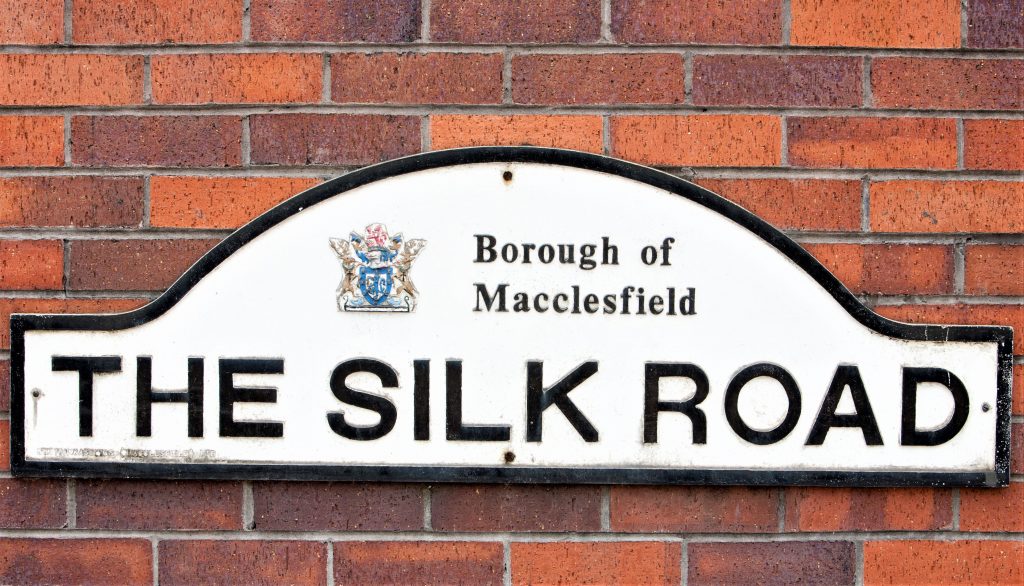 It is universally acknowledged that the Silk Road has originated somewhere in eastern China. But where does it end in the West?

A consensus is emerging that the western end of the far-reaching trade and culture link lies in Macclesfield, a small town in the heartland of the first Industrial Revolution, characterised by what it used to produce in abundance – silk.

According to historical records, Macclesfield was once the world’s biggest producer of finished silk. There were 71 silk mills operating in the area in 1832. Tons of silk thread or cloth were imported from China and re-produced according to English designs and specifications.

Today there are only two silk companies left, doing more value-added work rather than weaving and finishing. One is a small company called RASmart. The family-run business, managed by Alison Smart, imports raw material from Shanghai but design has taken centre stage, involving about 12 percent of the total staff.

Some of the old mills, such as Paradise Mill, are left as heritage sites and museums tracing the origin of silk and demonstrating the art of silk throwing and Jacquard weaving to the public. 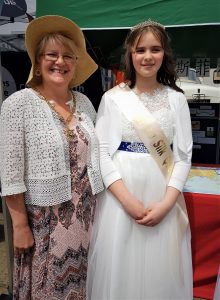 The Deputy mayor and the 2019 Silk Queen

Away from them, the endless references, such as the Silktown Fryer (a fish and chip shop), Silk Dental Care and the Silkmen football club, remind people of its glorious past and how far silk had permeated their lives.

In fact, silk has become such a part of their DNA that when a new bypass was built through the town to its northern neighbour Manchester, Olive Ambrose, a local mother convinced the town planners that it should be named “The Silk Road.” Little did she realise that she was keeping Macclesfield’s historical links alive, and laying the foundation to re-integrate the town into the historic initiative Belt and Road Initiative (BRI) put forward by Chinese President Xi Jinping in 2013.

By the time Chancellor of the Exchequer Philip Hammond attended the second Belt and Road Forum for International Cooperation in Beijing in April with his BRI special envoy Sir Douglas Flint, Macclesfield borough council and Chinese officials had already come to an understanding that the English silk town should be the western end of the new Silk Road.

Reviving the link between Macclesfield and the originator of the Silk Road would create new opportunities, not only for the town itself but also for the whole country as a link in the global push for better development.

Fresh from the Forum, Sir Douglas told the audience at a seminar organised by the UK’s All-Party Parliamentary Group for the BRI and China-Pakistan Economic Corridor, set up last August by Faisal Rashid MP, there was a clear sense that the BRI was moving from the first phase of conceptualisation and campaigning into the second phase of specific projects to benefit the countries along the routes.

The UK looks set to benefit from the new push for global development, especially in the areas of financial, legal and other services to help bring projects to a successful conclusion. 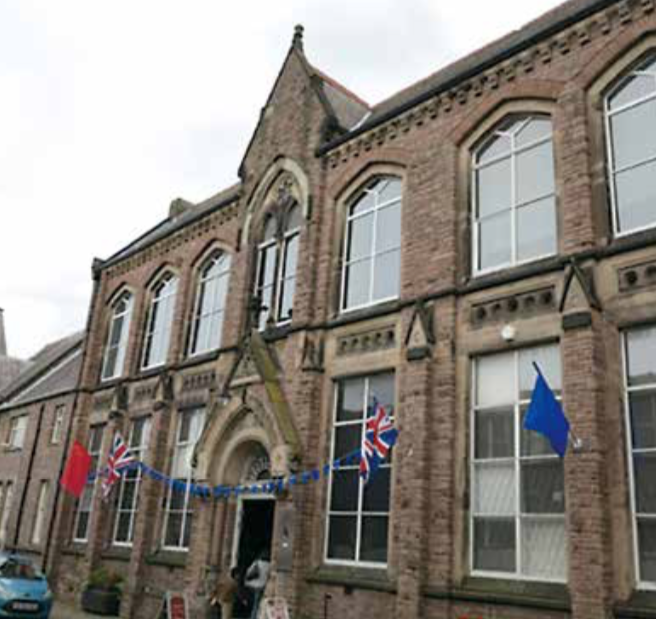 Britain has had a good track record of embracing new initiatives proposed by China.

In March 2015, the UK was among the first to declare its participation in the China-led Asia Infrastructure Investment Bank (AIIB), earning China’s gratitude as a Global Comprehensive Strategic Partner.

Even though London is falling behind Rome and Lisbon in formally declaring its support for the BRI, appointing a BRI special envoy and Belt and Road Expert Board, and enabling a direct freight train service from the eastern town of Yiwu to Barking in 2017 have paved the way for closer cooperation in third-party BRI countries.

The mammoth train journey lasted for 18 days over 12,000 kilometres, crossing seven countries, Kazakhstan, Russia, Belarus, Poland, Germany, Belgium, and France before arriving in the eighth. China Railway already runs services between China and other European cities, including Duisburg in Germany and Madrid, Spain.

From 2013 when the concept of BRI was first promulgated, global circumstances have changed greatly. The growth of nationalism, the urge to halt globalisation, and the agonising saga of Brexit have brought new challenges to the existing global order. China and the UK need each other’s support more than ever before.

As Graham Barrow, a tourism and development consultant, puts it, the BRI represents “the whole idea of reviving the relationship and trade between China and Europe. I think we have the opportunity to grab hold of the idea that Macclesfield is at the western end of the modern Silk Road.”

The key lies perhaps in bilateral and global collaboration between British and Chinese institutions that can work closely to create a win-win, or win-win-win situation. Only then can the second phase of the BRI become solid and sustainable.

Back in Macclesfield, a primary school class are discussing the origin of silk and the Silk Road. Their slogan: Why have cotton when you can have silk? Their minds may move onto global trade and social changes both at home and abroad.

Silk has brought jobs and wealth to the town and country in the past. The new platform derived from the material will bring renewed energy for generations to come.