Moving up the Value Chain 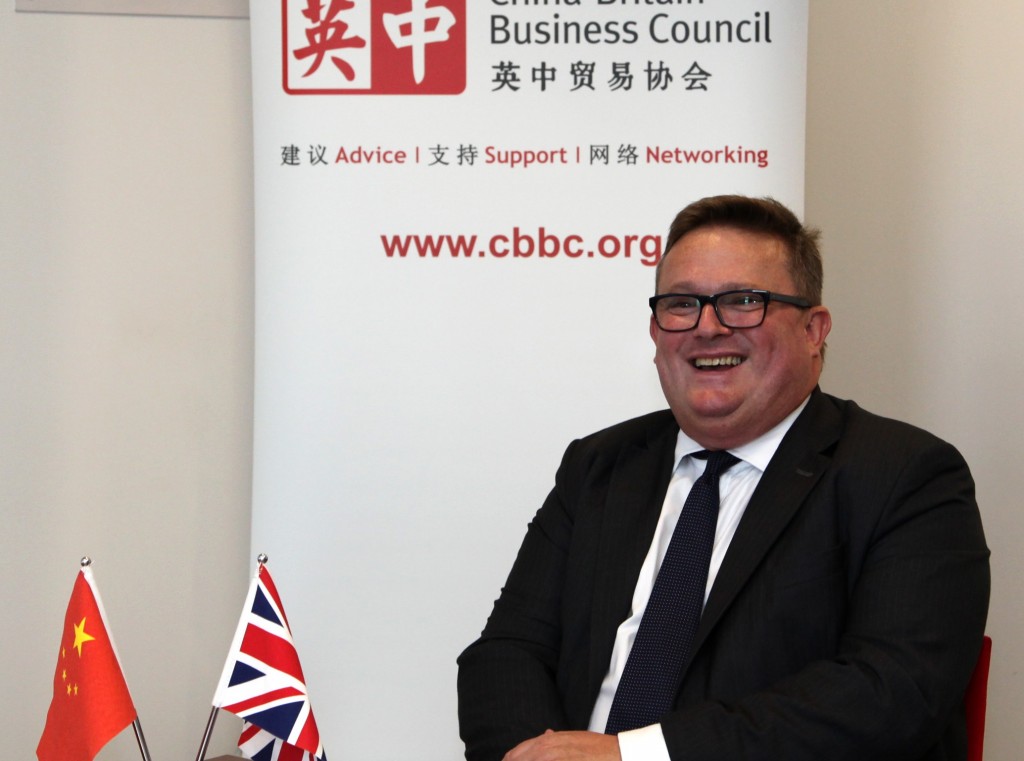 Interview with Stephen Phillips, chief executive of the China-Britain Business Council (CBBC)
ChinaReport: What is your assessment of the business relationship between the UK and China in the past few years?
Stephen Phillips: The China-Britain Business Council is very much looking forward to President Xi Jinping’s visit to the UK in October. I think he’s coming at a time when the trade and investment relationship is deeper and more sophisticated than it’s ever been before. We continue to see UK companies doing good business in China, whether exporting or investing there. And we’ve seen a surge of Chinese investment in the UK in recent years. And I think there’s a third strand that’s really promising, that is the potential for Chinese and British companies to work together on a global stage in third [party] countries. I think that makes for some healthy trade and investment relationships.

CR: China is trying to develop this third strand of relationships with the UK, France and some other European countries, the old “colonial powers.”
SP: I think to a certain extent there’s some relevance there. If you look at the UK’s historic links with the Commonwealth, they’re actually very important for British businesses to understand how to do business in those 53 countries. And it’s actually why the CBBC has teamed up with the Commonwealth Enterprise and Investment Council to work together to get British and Chinese companies to work in partnership in the 53 countries in the Commonwealth.

CR: In terms of trade volume between the two countries, what is the general trend?
SP: I think the trend is positive. The global economy is continuing to face a period of uncertainty, but if we look at the bilateral trade and investment relationship between China and the UK, the UK, in terms of exports, is outperforming other countries in the EU. And we are seeing a huge amount of Chinese investment coming to the UK. So, in some ways, the China and UK trade and investment relationship is bucking the overall trend.

CR: Why is that?
SP: I think it’s partly because the changing shape of the Chinese economy plays very well to the UK’s [strengths]. As China enters this period of “new normal,” what the UK has to offer, whether to Chinese consumers or to Chinese businesses, is better matched than ever before. In the past, as China industrialised, countries like Germany and Italy have done incredibly well. [Now], as China seeks to move up the value chain, what the UK is good at is actually what China needs.

CR: Are you hinting at a move away from heavy equipment and manufactories towards the more creative side of things?
SP: Indeed. I think if you look at some of China’s policy initiatives, they are [focussed on] creativity, innovation, and “Made in China 2025.” And this is where the UK is really [strong], whether it’s in R&D, whether it’s in innovation, or whether it’s genuinely in creative fields as a whole, this is the direction in which modern China is now moving.

CR: One strand of the bilateral relationship is investment from China. The UK side is preparing some big infrastructure projects such as the nuclear power station at Hinkley Point and HS2. Do you expect Chinese investment in the latter?
SP: China has shown a great deal of interest in HS2 and clearly what China has achieved in high speed rail is world class. HS2 and the nuclear industry are some of the big ticket opportunities that exist. But I think there are plenty more opportunities in smaller projects, regeneration projects in cities across the UK, new projects in housing, new hotels, where there’s Chinese expertise in rapidly building and developing.

CR: Are we expecting some big announcements during the state visit?
SP: I’m not privy to the details of what deals may or may not be signed, but I think we are hopeful there will be some fairly substantial announcements, perhaps in some of the sectors we’ve touched on, but also I hope there will be some announcements about British companies doing new work in China as well as third-country collaborations. All three strands of the business relationship.

CR: Any plans to welcome the Chinese president?
SP: The CBBC has been working very closely with both governments on the state visit. I think the first thing to know is this is a state visit, so it has a lot of ceremony that goes along with it. There will be a major business event, and the CBBC is working very closely with Chinese and UK governments on that. That will be the main building block of the trade and investment part of the state visit.

CR: Does One Belt, One Road have any relevance to British business?
SP: We think it has huge relevance. In fact, the CBBC has just issued a report on One Belt, One Road. We think it’s really important that UK companies understand what the initiative is about. On the simplest level, more than 60 countries, 66 percent of the world’s population, but only 33 percent of world GDP. What that tells me is lots of opportunity. And what the UK has got is lot of expertise in doing business internationally. So the potential for British and Chinese companies to collaborate all along the route, whether it’s the land or the maritime route, is enormous. That is why we’ve done the report. It looks at sectors where we think opportunities will emerge and also it looks at some of the Chinese provinces, 13 of them, where we think there will be particular opportunities for the UK to engage. So we think it’s time the UK pays attention and begins to position itself for business that will flow over the next few decades. This is obviously a very ambitious project, but it will lead to a changing global dynamic in trade and investment.