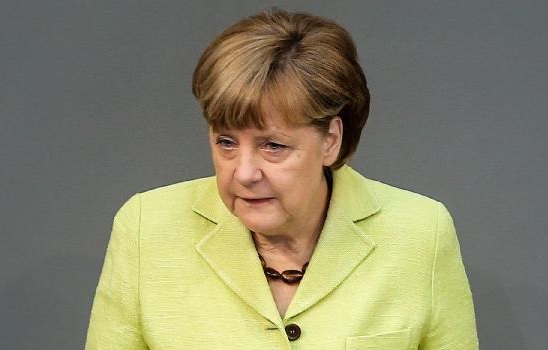 Germany has dropped an investigation into the alleged US tapping of the phone of Chancellor Angela Merkel. According to German federal prosecutors, the US National Security Agency (NSA) had failed to provide enough evidence to justify legal action. Accusations of US phone tapping of Chancellor Merkel had emerged following the leaks by NSA whistleblower Edward Snowden in 2013, and had strained ties between the US and Germany. While the US did not deny monitoring Chancellor Merkel’s phone, it insisted that her phone was not currently being monitored and would not be in future. According to German Chief Prosecutor Harald Range, while the US’s comments could widely be seen as an admission of guilt, documents published in the media on the alleged monitoring would not stand up in court. Investigations had been opened by Range in June 2014, who said at the time that enough evidence appeared to exist. A German parliamentary committee investigating NSA surveillance has also expressed difficulties in securing assistance from US officials.

The Independent Police Complaints Commission (IPCC) will not open an investigation into the conduct of police during a confrontation with miners at Orgreave in 1984. According to the watchdog, too much time had passed to allow a reliable investigation into police conduct. Evidence has suggested that officers present at the showdown with striking miners had assaulted miners, perverted the course of justice and committed perjury. The confrontation between police and miners at Orgreave coking plant in South Yorkshire was one of the most violent clashes of the 1984-5 miners’ strike, with more than 120 people injured. Senior police officers have been reported as privately acknowledging that officers did overreact at Orgreave. South Yorkshire Police had themselves referred the incident for investigation in 2013. The IPCC’s report, to be released on Friday, recognises the doubts over police conduct, but concludes that no investigation will be opened. Campaigners calling for an investigation into the clash have said only a full public inquiry can now reveal the truth.

Tensions continue to rise around the South China Sea after China’s navy said its sole aircraft carrier had conducted drills without specifying its location. The US, meanwhile, has again called for China to halt land reclamation projects in the South China Sea at a meeting between top military officials. At the meeting between US Defence Secretary Ash Carter and senior Chinese General Fan Changlong, Carter also said that the US was committed to expanding military contacts with China. South China Sea tensions show no signs of abating, with China’s Foreign Ministry saying on Friday that it had lodged repeated complaints with Japan over Japanese criticism of Chinese behaviour in the region.

A group of foreign tourists in Malaysia have pleaded guilty to indecency charges, after being caught stripping naked on the country’s highest mountain. One British woman is among those charged. The group have reportedly been sentenced with three-day prison terms and a fine.

State surveillance laws make a few headlines, with a mix elsewhere. The Times leads with news that the Prime Minister is in a “showdown over spying”. The Prime Minister rejected “key snooping reforms” that would hand the ability to authorise police and secret service snooping from Ministers to judges. The move “dismayed many Conservative backbenchers”, the paper writes. The Guardian writes in its headline that a “Battle looms” over “state snooping”. The paper writes that stripping Ministers of the power to authorise snooping is             “one of the key recommendations” in the new report on snooping. Tory backbenchers could join with Labour to block the new laws, the paper writes. The Independent, meanwhile, leads with news of “Fast-track fracking without consent”. The government wishes to speed up the planning process for new drilling, hoping to “change rules so local residents are no longer consulted at testing stage”. Proposed changes have been “quietly put out to public consultation”. The Financial Times leads with news that “Time is running out for Greece” in its bailout negotiations. The stark “game over” message given to Greek Prime Minister Alexis Tsipras “reflects creditor anger”, the paper writes. Greece has been told to accept imposed economic reforms or face bankruptcy. The Daily Telegraph leads with a report into “the true scale of Blair’s global business empire”. The paper writes that secret documents relating to former Prime Minister Tony Blair “disclose details of private jets, five-star hotel stays and police guards funded by the taxpayer”.

On Zhou Yongkang: the life sentencing of Zhou Yongkang received coverage from most UK media outlets. The BBC reports that the verdict caught observers “off guard”, due to expectations that Zhou’s trial “would be played out for the Chinese public”. The secretive nature of the trial may have been to avoid “embarrassment” for the government, the BBC suggests. The Independent writes that the trial is “arguably the most sensational corruption case” since the founding of the People’s Republic in 1949. The Daily Telegraph reports that television showing Zhou pleading guilty on all charges would “emphasise Zhou’s humiliation”. Few people “doubt that politics lay behind his downfall”, the paper writes. The Guardian writes China’s President Xi viewed Zhou as an “obstacle” preventing Xi’s consolidation of power. The paper writes that the trial also exposed links between senior officials and a “mysterious fortune teller known as the ‘Xinjiang sage’”.