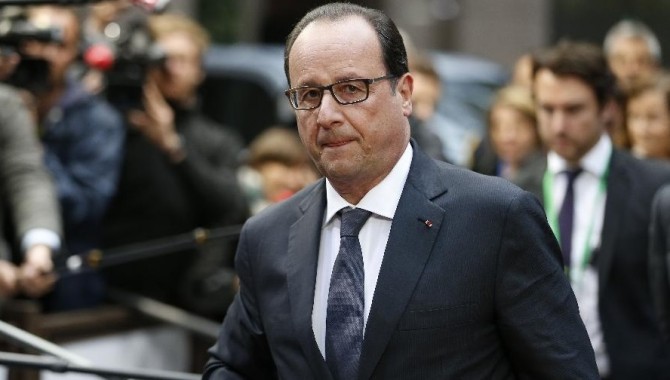 France has summoned the US Ambassador over reports that the United States spied on French President Francois Hollande and his two predecessors. Whistleblower website Wikileaks has reported that the US’ National Security Agency (NSA) spied on Nicolas Sarkozy, Jacques Chirac, and Hollande between 2006 and 2012. Following an emergency meeting on Wednesday morning, President Hollande is to meet with French politicians at the Elysée Palace later in the day. President Hollande has described the allegations as unacceptable, saying that France would not tolerate actions that threaten its security. Allegations that the NSA had spied on French interests have been made in the past. The United States has so far declined to comment on “specific” allegations, but said that it was not targeting and would not target the communications of President Hollande. The NSA has previously been accused of spying on German Chancellor Angela Merkel, and on the leaders of Brazil and Mexico.

Cross-channel services between the UK and France are returning to normal in the wake of a strike and public disorder in Calais. Striking French ferry workers blocked roads by starting fires, with migrants hoping to cross into Britain boarding lorries stuck in the ensuing gridlock. Fires also damaged a train line, disrupting rail services. French authorities have dispatched extra police to the area, with some using tear gas to repel migrants. There are currently an estimated 3,000 migrants living rough in Calais hoping to travel to Britain. The strike caused chaos for those intending to cross the channel, with all Eurostar train services cancelled on Tuesday. Long queues were reported at London’s St Pancras International station on Wednesday, with some people having spent the night in the station. Rail and ferry services have now resumed as normal, though a heavy backlog of lorries remains in Kent.

China will invest 500 billion yuan (£51 billion) in 193 major domestic aviation projects this year, as the country attempts to meet growing domestic demand and drive growth. The announcement from the Civil Aviation Administration of China was made at an aviation forum in Beijing. China’s growing middle class has fuelled an increase in air travel, with outbound passenger numbers growing and 40 new airports expected to be built in China by 2020. Almost half of the announced investment is to be spent on cities included in China’s “One Belt, One Road” initiative that aims to establish significant new global trade routes. While further details of the investment have yet to be announced, new routes across Asia are expected to be established.

The Queen appeared on a few front pages today, after a ruling by the Scottish National Party (SNP) on funding the royal family. The Times writes in its headline that Scotland will “cancel funding for the Queen”, with the SNP government in Edinburgh demanding to retain profits from the Crown Estate in Scotland. Scotland will take control of £216 million worth of Crown Estate property within its borders as part of a devolution agreement. The Daily Telegraph writes that Scotland is “accused of cutting Queen’s funding”, with the subsequent impact on the royal family estimated to be around £1.5 million. The shortfall may have to be picked up by taxpayers in England, Wales and Northern Ireland, the paper writes. The Independent leads with news of “chaos in Calais”, after the striking of ferry workers caused the closure of the Channel Tunnel. Migrants then tried to board “gridlocked lorries” waiting near the tunnel. Thousands of tourists were also left stranded in the chaos. The Guardian leads with news that the Conservative government is planning to “redefine child poverty”, following news that child poverty figures are likely to show their “first rise in a decade”. Government critics have expressed further fears of the impact of a “£12bn welfare cut”. The Financial Times leads with news that Formula 1 is on track for a “breakthrough in US”, following a US$8 billion deal to take control of the sport between Qatar and American football team the Miami Dolphins. F1 owner Bernie Ecclestone is to sell his stake in the company, the paper reports.

On unrest in Xinjiang: Reports that 18 people were killed at an attack on a police checkpoint in Xinjiang received coverage from the BBC and The Guardian. The BBC reports that according to Radio Free Asia, Uighur attackers “killed police officers using bombs and knives after speeding through the checkpoint at night”. One possible motive could be anger over “tight restrictions” placed on Muslims during Ramadan by Chinese authorities, the BBC writes. The Guardian’s agency piece reports that 15 suspects were killed in an “armed response” to the incident.