On Guard Against External Shocks 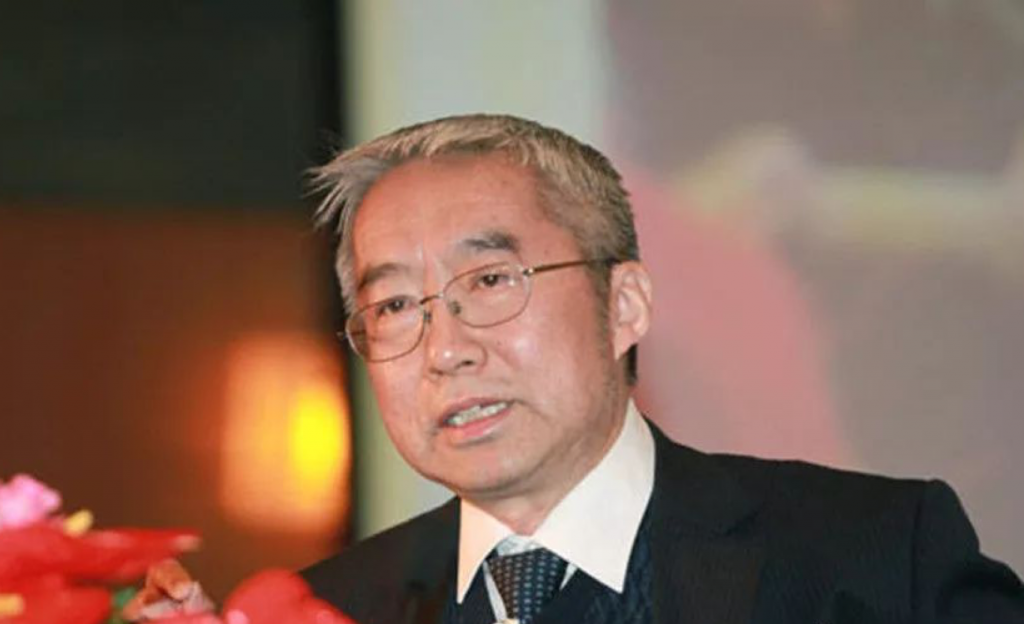 According to traditional Chinese wisdom, the “right climate” is the first of three conditions necessary for success. The other two are “right place” and “right people.” In 2015, the world economy went through financial market turbulence and experienced more slowdown in growth. It appears that this situation will continue in 2016, which means a favourable economic climate may not be possible for China as it journeys towards the goal of doubling its 2010 national GDP and average per capita income by 2020.

In a January 4 interview with the International Monetary Fund’s (IMF) online magazine IMF Survey, IMF Economic Counsellor and Director of Research Maury Obstfeld predicted “an abundance of challenges” for the world economy in 2016, including sagging commodity prices, US interest rate hikes, the refugee crisis in Europe and China’s difficult transition towards more service- and consumption-oriented growth.

In 2015, China made progress on increasing its say in world trade and investment rule-making. The Chinese yuan was included in the IMF’s Special Drawing Rights (SDR) currency basket, an international foreign exchange reserve asset. US Congress finally approved long-delayed reform that will give developing economies, particularly China, more clout within the IMF, reform which was agreed upon by the G20 in 2010. However, the stronger dollar and the US’s attempts to maintain its position as lead decision-maker in world trade and investment indicate a bumpy road ahead for the yuan’s internationalisation and China’s role in international economic governance.

Professor Yu Yongding, member of the Chinese Academy of Social Sciences and former member of the monetary policy committee of the People’s Bank of China, speaks to ChinaReport about how external risks could affect China’s economy.

ChinaReport: What is your take on world economic prospects in 2016?
Yu Yongding: ‘Persistent stagnation’ is what I would say about the world economy in 2016. In the five years after the global financial crisis flared up in 2008, the world economy grew by about 5 percent annually. However, the IMF’s regular survey, World Economic Outlook [published twice a year, last updated in October 2015], shows that pace slowed to 3.1 percent in 2015 and will be 3.6 percent in 2016. Developed countries are expected to report 2 percent growth in 2015, their best figure since 2010, and developing ones will likely report 4 percent growth, well below the 5 percent growth in 2013 and 4.6 percent in 2014.

CR: How will the performance of developed and emerging economies diverge in 2016?
YY: Among developed economies, the US is displaying the strongest momentum in terms of recovery from the 2008 crisis. In 2014, the IMF estimated that the US would reach a 2.6 percent growth rate in 2015. However, the US Federal Reserve has forecast a lower one, 2.1 percent.

The eurozone began to enter a period of weak growth in the fourth quarter of 2013, accelerating to a more than 1 percent growth rate at times in 2015 before dipping back to slightly above zero last September.

Japan did the worst among developed economies, with negative growth in both the second and third quarters of 2015.

Emerging economies are also struggling. Two of the five BRICS countries, Brazil and Russia, are already in recession. South Africa is on the brink of recession. India is enjoying a positive forecast; it is predicted to sustain its speedy growth rate of 7 percent or higher, making it the only bright spot in the global economy.

The slowdown in nearly all major economies has placed developing economies that are commodity export-oriented into a difficult situation, leaving recession an unavoidable outcome for many of them.

Since 2008, nearly all of the world’s economies have put expansive fiscal and monetary policies to work in order to stimulate growth. In spite of this, the world economy is still far from being back to pre-crisis conditions. This can only be explained by reasons that are more deep-rooted than insufficient effective demand. Possible reasons include the slower advancement of technology and a quickly ageing society.

Given this, the world economy’s real recovery will not come about before new innovations and breakthroughs in technology improve the productivity of labour and capital inputs, and investment demand and lending rebound.

As the world’s largest trader, China must get prepared for the persistent stagnation of the world economy.

CR: What are the chances we’ll experience another global crisis to some degree?
YY: The possibility of a global crisis cannot be excluded while the debt supercycle in developed economies has yet to end.

In essence, the 2008 global financial crisis was a debt crisis. Developed countries, especially the US, had built their high spending on low savings, leading to an unprecedented internal and external debt burden. This is how their debt supercycle came into being.

In the aftermath of the collapse of the real estate bubble and the emergence of the subprime mortgage crisis, people in the US had no choice but to cut their debt ratios by foreclosing, defaulting or borrowing less. This then turned the subprime mortgage crisis into an economic recession. The US government adopted expansionary fiscal policy and lax monetary policy to defend the economy from being hit too hard by residents’ efforts to reduce their debt. As a result, the US’s public debt went up drastically while residents’ debt decreased significantly.

Other developed economies shared a similar story arc. The global debt ratio is still high, with debt just moving around in different sectors. In other words, the longest and biggest debt supercycle in world history has not ended, which means the fuse that detonated the 2008 global financial crisis is still there.

CR: What about emerging economies? They are suffering a slowdown in growth and capital outflow against a strengthening US dollar. Is it possible that a major emerging economy will become trapped in a crisis that spreads to others, perhaps even repeating something similar to the Asian financial crisis in 1997?
YY: It is quite possible that a crisis may happen to a major emerging economy. In fact, Brazil is already in a severe recession. However, a sweeping crisis among developing economies, like the one in Asia in 1997, is not likely.

Firstly, the US Federal Reserve will taper off quantitative easing rather than suddenly eliminating it. It intends to gradually, over at least three to four years, raise the federal funds rate, the benchmark interest rate, to 3-3.5 percent, up from the previous near-zero rate [instated in December 2008]. Secondly, developing economies are more equipped than ever to resist external shocks. They generally hold healthy foreign exchange reserves and maintain flexible foreign exchange systems, which was not the case in 1997.

CR: With a massive amount of US Treasury bonds in hand, how can China deal with the possible impact of the change in the US’s monetary policy?
YY: It is hard to foresee the spillover effect of the US Federal Reserve’s policy. However, it is very likely that the stability of developing economies is at stake, at the very least.

Quantitative easing in the US means printing money. Since the subprime mortgage crisis started, the US’s money supply has risen from US$800 billion to about US$4 trillion, in terms of currency in circulation [a definition of money supply termed ‘M0’], from about US$1.4 trillion to US$3 trillion in terms of M1 [or “currency held by the public and transaction deposits at depository institutions” as described by the US Federal Reserve], and from less than US$8 trillion to more than US$12 trillion in terms of M2 [M1 plus other deposits and financial market mutual funds]. By any of these standards, the growth of the US’s money supply far outpaced the growth of its GDP over the past few years.

However, this “helicopter drop” of money, as described by Ben Bernanke, former chairman of the US Federal Reserve, has not turned into inflation in the US. [Bernanke earned the nickname “Helicopter Ben” after a 2002 speech in which he cited this phrase of economist Milton Friedman’s, which characterises fighting deflation with a loose monetary policy.] One possible reason for this is that excessive money did not enter into the real economy, but created various asset bubbles [in stock and bond markets, for example]. Once prices of these assets stop rising, the bubbles will burst. Then the money will withdraw from the capital market and enter the real economy, leading to inflation.

From a long-term perspective, the US has been recording a currentaccount deficit since 1982 and has accumulated more than US$7 trillion in net external debt. Rational investors outside the US have no reason to continue buying US dollar-denominated assets and keep the US dollar strong.

In the meantime, the US has the incentive to devalue the dollar to improve its international payment position and ease its external debt burden.

Given the uncertainty of the spillover effect of US monetary policy, China should strengthen, and not dismantle, the firewall against short-term capital flow in order to secure economic stability.

CR: Regional trade rules are changing. How will this affect China’s foreign trade in the future, particularly after the pressures in 2015?
YY: Exclusive regional free trade arrangements are increasingly replacing multilateral trade negotiations within the World Trade Organisation framework. They pose a great challenge to the liberalisation of global trade and investment. China’s room for foreign trade expansion will also be squeezed as a result.

The US has been trying hard to be a leading decision-maker in new world trade and investment by building the Trans-Pacific Partnership, the Transatlantic Trade and Investment Partnership and the Trade in Services Agreement. It has revealed its intention to exclude China from the world trade and investment rule-making process. China can find a way out of this by being an active participant in various negotiations on trade liberalisation to defend its own interests and pursue a win-win result for all. China should also waste no time in improving its growth model with higher quality trade and investment with the rest of the world and less reliance on external demand.

CR: There is a lot of concern in the market over the risk of capital flight from developing economies if the US dollar grows stronger. What are your thoughts on this?
YY: Capital flight and the ensuing drastic devaluation of local currencies is indeed a very big challenge for developing economies in the case of a strong US dollar. However, its impact will vary. For China, the value of yuan-denominated assets will weaken vis-à-vis US dollardenominated assets. Other things being equal, this will very much dampen non-Chinese enthusiasm for yuan denominated assets, which in turn will slow down the internationalisation of the yuan.

CR: The yuan has become the fifth currency in the IMF’s SDR currency basket, along with the US dollar, the euro, the Japanese yen and the British pound. How will this affect short-term capital flow in and out of China, as well as the yuan’s future exchange rate?
YY: The yuan’s SDR inclusion is a good thing, generally. However, it makes more sense politically than economically, symbolically than substantially, and in a far-reaching way rather than an immediate one.

In addition, the yuan’s inclusion had been widely expected by the market before the IMF announced its decision. If there were any effect, it may have already dissipated.

CR: What do you think of China’s chances of weathering all of the external challenges ahead?
YY: It is true that China faces severe challenges both internally and externally. After the Asian financial crisis and the 2008 global financial crisis, China is now in a better position and has more experience than ever to deal with them.