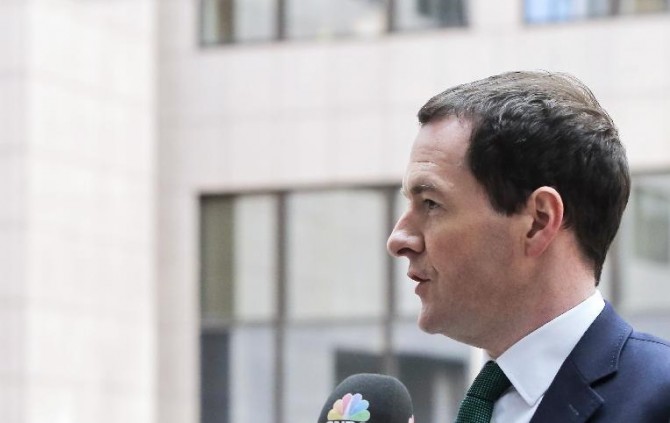 Chancellor George Osborne has hit back against criticisms of Wednesday’s Budget, saying that the Budget represents the new centre ground in British politics. Policies unveiled yesterday in the Conservative Budget, their first since 1997, include raising the minimum wage to a ‘National Living Wage’ of £9 for over-25s by 2020, a reduction in corporation tax, welfare cuts amounting to £12 billion, and scrapping of university maintenance grants for poorer students. Welfare cuts will include a £4.5 billion cut in tax credits. The Labour Party attacked the National Living Wage as a “con”, and said the Budget would be harmful to the poor. Osborne responded to criticism by saying that lower benefits for workers would be balanced out by higher pay. Some of Osborne’s policies have surprised observers as typically ‘Labour’ policies, raising questions over what the political ramifications of the budget will be for a Labour Party in disarray.

Over four million Syrians have fled abroad to escape the conflict in their country, the United Nations has said. The figure amounts to one sixth of Syria’s population, and makes the Syrian refugee crisis the worst in almost 25 years. More than seven million people have also been displaced internally by the civil war in Syria that has raged since 2011. UNHCR, the UN refugee agency, called on the international community to increase efforts to deal with the refugee crisis. Almost two million Syrian refugees are now sheltered in Turkey, with over one million in Lebanon. Large numbers of refugees are also sheltered in Jordan, Iraq, and Egypt. With large numbers of Syrian refugees also seeking asylum in Greece, the UN has expressed concerns that a banking collapse in the country would make it difficult to support Syrian refugees there.

China’s stock markets bounced up 6 percent on Thursday, rewarding government efforts to stabilise the markets. China’s CSI300 index of the largest listed companies in Shanghai and Shenzhen closed up at 6.4 percent, while the Shanghai Composite Index closed up 5.8 percent, its biggest daily percentage gain in six years. The rebound came following a move from China’s securities regulator to ban shareholders with large stakes in firms from selling stocks for the next six months. Following weeks of severe market falls, however, shares in around half of the firms on the market remained frozen on Thursday. Analysts have expressed concerns that government intervention reduces liquidity.

The Chancellor’s Budget dominates headlines today, following its detailing in parliament on Wednesday. The Times sums up the Budget as “Higher wages and welfare cuts in Britain’s new deal”. The paper writes that the axe has meanwhile fallen “on billionaires, benefits claimants and buy-to-let landlords”. The Financial Times writes that Chancellor George Osborne has set the “living wage at centre of radical vision for low-welfare UK”. Employers have been “forced into” boosting low pay, while the cutting of “£12bn of benefits” was also detailed. The Daily Telegraph describes the changes with the headline “From welfare to work”. The Chancellor’s Budget sets out the “Tory mission for the next four years”, the paper writes. The Guardian writes that the Chancellor “giveth… and he taketh away” in its headline. The paper writes of “dismay at decision to curb tax credits”, while noting the “broad package” also included budgeting for roads, defence, and non-domiciled UK residents. The Independent’s front page features a full-page cartoon of Osborne as a magician pulling a rabbit – himself – from a hat, with the headline “And for his next trick…” The paper describes the Budget as “an audacious raid on Labour’s territory”, writing that the Budget reveals the Chancellor’s leadership ambitions.

On the Chinese stock market: the rebound in China’s stock market received coverage from most UK media outlets. The BBC reports that stocks surged in a “volatile session”, and describes a ban on major shareholders from selling their stake as “an extraordinary restriction”. The move “may have finally brought some stability”, the BBC notes. The Guardian writes that it remains unclear if the rebound is “a temporary reprieve or beginning of stabilisation”. An analysis piece from The Daily Telegraph writes that those concerned over the crisis in Greece should be more afraid of China, where the country “looks like it is heading for its version of the 1929 stock market crash”.