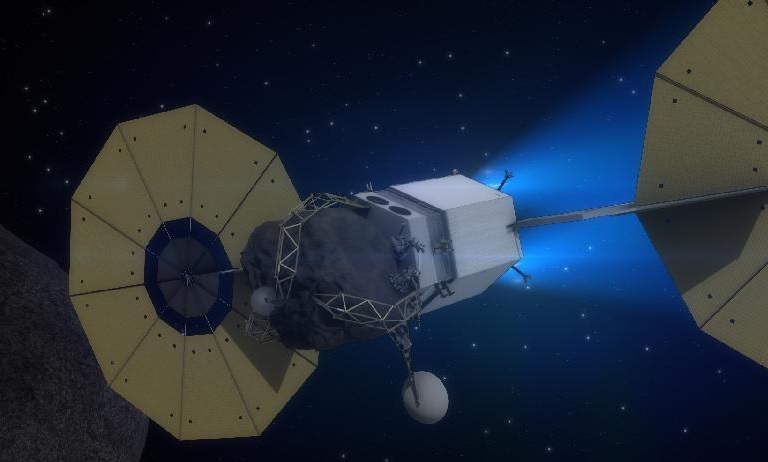 The Philae comet lander has woken up after seven months in hibernation, scientists from the European Space Agency (ESA) have announced. Philae landed onto the surface of comet 67P in November, though landing problems caused the lander’s solar battery to run out of power. With 67P travelling closer to the sun, Philae’s solar panels have now been able to generate enough power to re-activate. Comet 67P’s movement towards the sun will cause the release of gases from within the comet – Philae is now expected to collect data on the gases released, allowing scientists to study the chemical make-up of a comet up-close for the first time.

A teenager from West Yorkshire is understood to have become Britain’s youngest suicide bomber while fighting in Iraq. Talha Asmal, a 17-year-old from Dewsbury, is believed to have blown himself up while fighting as a member of Islamic extremist group Islamic State (IS). Asmal was reportedly one of four suicide bombers who blew themselves up during an attack near an oil refinery south of Baiji. Asmal’s death would make him the youngest British suicide bomber since Hasib Hussein, an 18-year-old who took part in the 7/7 suicide bomb attacks on London in 2005.

China plans to drop entry permit requirements for Taiwanese residents visiting mainland China, a senior politician has announced. Yu Zhengsheng, a member of the Chinese Communist Party’s Politburo Standing Committee, made the comments during an annual summit between the mainland and Taiwan. The announcement will make travel to the mainland easier for Taiwanese citizens, and marks a further warming of diplomatic ties between Taiwan and mainland China. The announcement comes ahead of Taiwan’s presidential elections in January 2016, when cross-strait relations could change. Taiwan’s Democratic Progressive Party stands to make gains in the elections, but is considerably warier of closer ties with the mainland than the incumbent Kuomintang.

Defence and military stories make the headlines today. The Sunday Times leads with news that British spies were “betrayed to Russians and Chinese”, following Russian and Chinese officials’ accessing of secret US documents leaked by whistleblower Edward Snowden. Spies have had to be moved as a result, the paper reports. The Sunday Telegraph leads with news of comments from former UK armed forces leaders, who claim that the UK is “feeble” on the world stage following defence spending cuts. The Independent leads with news of the Chilcot inquiry into the Iraq war, reporting that the Prime Minister has been urged to “pull the plug” on the inquiry and release an interim report containing the evidence gathered so far. The Observer leads with news of the Prime Minister’s “crackdown on summer surge of FGM cases”. According to the paper, David Cameron will fast-track laws preventing young girls being taken abroad to undergo female genital mutilation. A surge of cases is expected during the summer holidays, the paper writes.

On China’s ‘left behind’ children: the deaths of four abandoned children aged between 5 and 14 years old in Guizhou province received coverage in most UK media outlets, with the children reported to have drunk pesticide. The children’s parents had reportedly left the village to find work. The BBC reports that urban migration has led to millions of children being “left behind in villages”. The Daily Telegraph writes that “it was unclear whether the children had intended to kill themselves”, though The Guardian reports that police “found a suicide note near the eldest victim’s body”. The Independent reports that the deaths “have shocked China, triggering the dismissal and suspension of several local officials”.