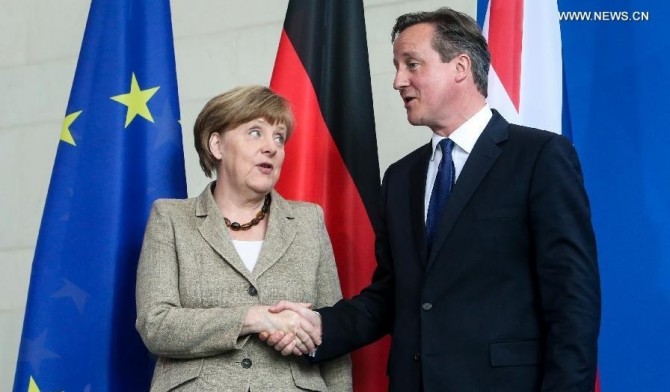 Prime Minister David Cameron is to begin talks to renegotiate Britain’s relationship with the EU on Thursday, though Cameron has already been hit by setbacks. The meeting in Brussels, which will be attended by European leaders, will be dominated by talks over Greece’s debt crisis and the Mediterranean migrant crisis. The Prime Minister hopes to begin negotiations on the terms of Britain’s EU membership, ahead of a UK referendum on EU membership to be held before 2018. Germany is understood to be open to negotiation, having stressed the importance of keeping Britain in the EU both in the past and as recently as Wednesday night; France, meanwhile, has indicated it would not give as many concessions to keep Britain in the EU. European Commission (EC) President Jean-Claude Juncker has also reportedly overlooked UK candidates for top jobs in Brussels, creating an EC more hostile to the Prime Minister. With Thursday’s talks to focus on the ongoing Mediterranean migrant crisis, Cameron is expected to push for more migrants to be returned to their country of origin if they do not have a legitimate asylum claim.

Hopes for a last-minute deal for Greece continue, as Greek Prime Minister Alexis Tsipras resumed talks with creditors in Brussels. Greece seeks bailout funding in order to make a €1.6 billion debt repayment to the International Monetary Fund (IMF) due on 30 June. Late-night talks on Wednesday with the IMF, European Commission (EC), and European Central Bank (ECB) failed to yield any significant progress, with negotiations quickly breaking down. While Greece has made some concessions to try and secure the bailout fund, including tax rises and pension reforms, creditors have been critical of what they feel to be inadequate spending cuts. Greece’s left-wing government remains opposed to the imposition of further austerity measures, viewing the country’s high levels of poverty as the result of austerity. EU Finance Ministers are to hold an emergency meeting on Thursday, their fourth in eight days, as a search for a compromise continues.

China has received positive international support in its campaign to pursue corrupt officials residing abroad, the country’s corruption watchdog has said. China’s Central Commission for Discipline Inspection (CCDI) said that since launching its Sky Net initiative to root out corrupt officials abroad, it had received tip-offs and support from international media. 214 suspects have reportedly been returned to China to face justice for corruption charges, though China still faces difficulties in retrieving corrupt officials from the US and Canada. Some Western nations refuse to extradite criminals to China due to concerns over how such criminals could be treated in the country. A former deputy general manager of the China National Offshore Oil Corp (CNOOC) became the latest official to come under investigation in China’s anti-corruption campaign, meanwhile. Wu Zhenfang is to be investigated for accepting bribes, Chinese authorities announced on Thursday.

News of the European Union appears on several front pages today, as do stories about money. The Independent leads with news of a “Double blow for Cameron’s hopes of EU reform”: one blow being “opposition from France and President Juncker” to Britain reforming its status in the EU; the other being the pushing of the Prime Minister’s reform agenda “to the sidelines” by concerns over Greece and the Mediterranean migrant crisis. The Daily Telegraph leads with a warning from the Queen that “Division in Europe is dangerous”. The Queen’s comments “highlight Britain’s close links to the continent”, and show a likely preference to remain part of the EU. The Times writes that Buckingham Palace was forced to “back down” by the Scottish National Party (SNP), after a “cash row” where officials expressed fears that Scotland would cut funding for the royal family. A “humiliating climbdown” was made after royal officials received assurances from the SNP. The Financial Times leads with news that Chancellor George Osborne is considering “calls to cut the top rate of tax” in his first budget since the general election in May. The move was “blocked” during the previous coalition government, the paper reports. The Guardian leads with an exclusive report into former Liberal Democrat Leader Nick Clegg, who “offered to resign” before the general election but was told “You’ve got to carry this burden to the end” by his party.

On Sino-US cyber security talks: cyber security received has some coverage from UK media, after the issue was discussed at annual bilateral talks between China and the US. The BBC writes that US President Barack Obama “raised continuing US concerns over China’s cyber activities”. The BBC writes that both sides were “keen to emphasise areas of agreement”, such as conservation, climate change and illegal fishing. The Independent writes that the two countries are “to create ‘code of conduct’ for cyber espionage and hacking” after months of “trading accusations” over cyber attacks. The paper also noted progress in discussions over currency. The frank nature of discussions was noted by both The Independent and the BBC.