By Mafalda Borea and Shirong Chen 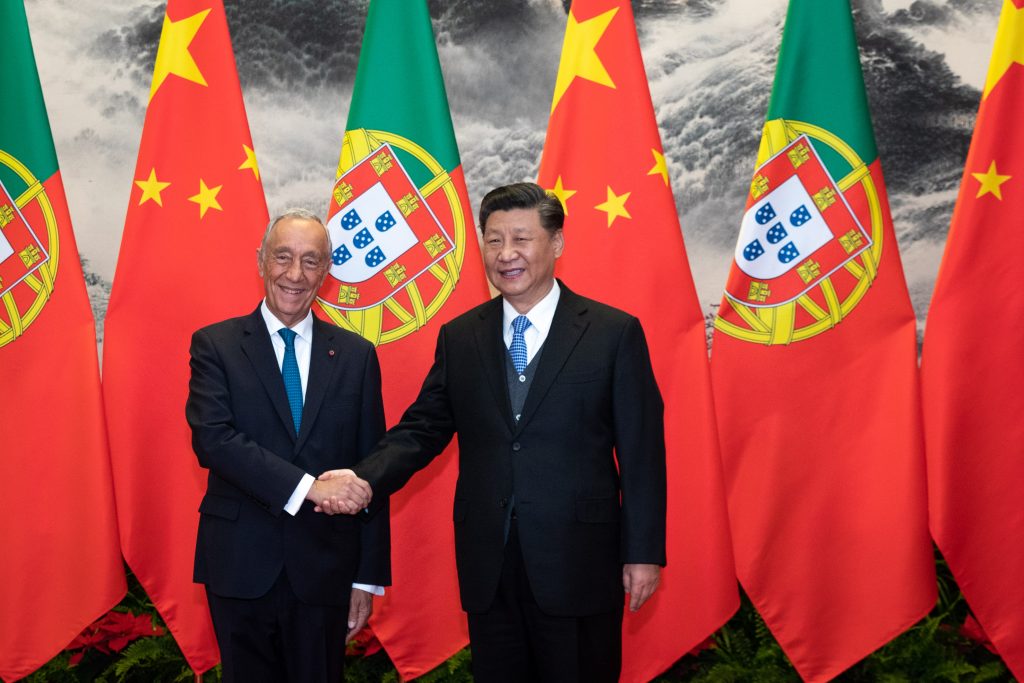 Portugal hasn’t enjoyed as much limelight as Italy since Rome signed up to the Belt and Road Initiative (BRI) in late March 2019, making Italy the first G7 country to do so. Yet the country that had made a smooth handover of Macao to China nearly 20 years earlier aligned itself last year with the infrastructure initiative proposed by China as Chinese President Xi Jinping visited Lisbon last December following the G20 summit in Argentina.

During the first state visit by a Chinese head of state to Portugal in eight years, the two countries signed a ground-breaking Memorandum of Understanding (MoU) on cooperation with the Belt and Road Initiative officialising Portugal as a BRI partner and making it one of the first European countries to do so.

The visit was deemed a success by both countries and culminated with Xi inviting Portugal’s President Marcelo Rebelo de Sousa on an official state visit to China this April. So it made perfect sense to see Rebelo de Sousa at the second Belt and Road Forum for International Cooperation in Beijing at the end of April among the 37 world leaders and over 150 diplomats.

Rebelo de Sousa joined a panel on climate change and sustainable development, an area that is a priority for Rebelo de Sousa and where Portugal expects to boost cooperation with China. It was the first time Portugal had a seat at the table and it marked the beginning of Rebelo de Sousa’s week-long state visit as a guest of his Chinese counterpart.

At the forum, Xi’s message was clear: continue to make the BRI his key focus and ensure he has buy-ins from all countries along the route. All new BRI projects will now have to be funded in conjunction with a local financial entity. This new directive reassures countries along the Belt and Road that the initiative is indeed based on mutual cooperation with every nation involved.

Portugal’s embrace of the BRI derives from its smooth bilateral ties with China over the past 40 years since diplomatic relations were formally established. China and Portugal have seen a successful, win-win partnership with mutual help and respect, without focusing on cultural and historical differences. The Portuguese may insist that explorer Vasco da Gama reached South Africa before Zheng He’s fleet, but when it came to the transfer of Macao’s sovereignty back to Beijing in late 1999, Portugal handled it fairly well, much to the appreciation of the People’s Republic. 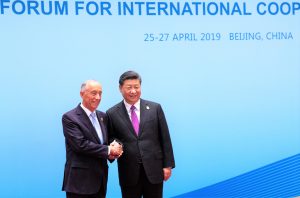 Whether it’s due to pragmatism on the part of Lisbon or to the recent surge in Chinese investment in Portugal, China has become an ally that is transcending over 500 years of bilateral relations and is growing their economic and trade cooperation to produce fruitful results. China is Portugal’s largest trading partner in Asia, while Portugal is one of the main destinations for Chinese investment within the European Union.

These investments started to pour in when the economic and debt crisis hit Portugal in 2008. China joined hands with Portugal to overcome the crisis. Many Chinese companies arrived in the country, bringing much-needed capital, jobs, and confidence.

As part of his state visit after the BRI Forum, Rebelo de Sousa also embarked on a tour of Beijing, Shanghai and Macao.

In Beijing, President Xi Jinping once again welcomed Rebelo de Sousa, who also met Chinese Premier Li Keqiang. He went on to meet with several CEOs of Chinese companies that have a strong presence in Portugal, including the chairman of the Three Gorges Corporation (owners of Portugal’s main electricity company EDP, purchased for nine billion euros, making it the largest overseas acquisition for a Chinese firm), the President of State Grid Corporation of China, which owns a 25 percent stake in the national power grid operator, and the CEO of Fosun, the Chinese conglomerate which has stakes in Millennium BCP, Portugal’s largest listed bank, and Fidelidade, its largest insurer.

The meetings in Beijing proved to be extremely productive. Several agreements were signed, including a new MoU between the Ministers of Foreign Affairs of Portugal and China for the Establishment of a Strategic Dialogue with mutual visits once a year, replacing a previous agreement from 2005, as well as a new agreement on trade cooperation signed by the Portuguese Agency for Investment and Foreign Trade (AICEP) and China Export and Credit Insurance Corporation.

While in Shanghai, Rebelo de Sousa attended a Sino-Portuguese Business Forum promoting Chinese investment in the country. There, several agreements were signed between Chinese and Portuguese firms.

He then travelled on to Macao where he had once lived as a law professor. Rebelo de Sousa must have noticed that Macao has moved on too. The former colony is now part of the Greater Bay area that links with Zhuhai and Hong Kong. The Portuguese President met with local leaders and emphasised how Xi places the special administrative region as a key player in the future bilateral relations of China-Portugal and Portuguese-speaking countries. The Portuguese linguasphere includes over 200 million people, including several African nations that are of key importance to China and its BRI maritime strategy.

There has been an on-going focus on education and cultural exchange between both countries, and during this visit, a protocol with the Confucius Institute on cooperation for teaching Mandarin in Portuguese secondary schools was signed. It was also confirmed that by the end of the year 48 Chinese universities will be teaching Portuguese.

At a press conference in Macao before flying back home to Lisbon, Rebelo de Sousa stated that this trip “surpassed all expectations” and how delighted he was with its positive outcome.

When asked about the scepticism of Europe towards the BRI, the former law professor commented that the forum made it clear that “China wants fair trade. China wants to respect the rules of international law, the rules of the World Trade Organisation and wants transparent trade.”

Xi chose an ancient Chinese saying to define China’s relationship with Portugal. “A partnership forged with the right approach defies geographical distance. It is thicker than glue and stronger than metal and stone.” (交得其道，千里同好，固于胶漆，坚于金石。)

Both countries hope their joint efforts will also benefit other Portuguese-speaking countries.