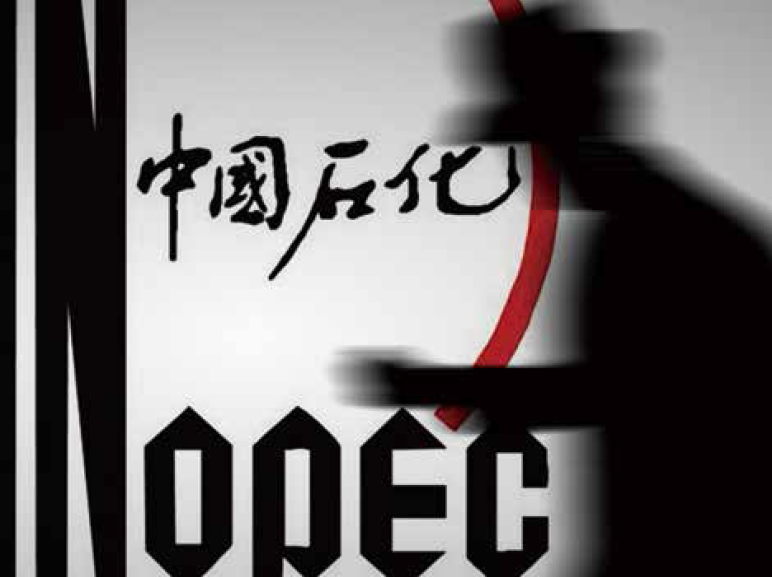 Chinese State-owned enterprises can no longer have their cake and eat it, too – each is being forced to choose between being a market competitor or a public service provider. A tangled web of interests arising from mixed operation has made this a tough decision to make

The key to solving a sophisticated problem is often found at its root. After more than 30 years of effort to get China’s State-owned enterprises (SOEs) in order, the central government has now decided that it needs to answer some pretty fundamental questions. What is an SOE? How should it operate? Is it a market competitor or a public service provider? Should it be a tool through which to implement national strategies?

On December 29, a guideline on redefining the functions of China’s SOEs was issued by three ministries overseeing SOE operations. These were the State-owned Assets Supervision and Administration Commission (SASAC), the Ministry of Finance and the National Development and Reform Commission. All Chinese SOEs are supposed to play a role as “market entities,” but just how market-oriented an SOE will be depends on its position on the spectrum ranging from commercial to social. In a statement from the SASAC issued on the same day, sorting out SOEs is the “prerequisite” for any future reform programme, such as implementing modern corporate governance in public companies, allowing for non-State ownership in such companies and building State-owned investment holdings.

While there is consensus it is time to organise China’s SOEs into well-defined categories, the entanglement of special interests due to the size, scope and interconnected nature of this mammoth sector means that moving forward will be very difficult.

Previously, SOE reform was focussed on helping State companies survive and thrive in an increasingly competitive marketplace. Beijing Normal University’s Gao Minghua, an expert on corporate governance in Chinese SOEs, found in his research that previous government reform programmes in the State sector have, for over 30 years, been geared towards improving profitability. As he explained to ChinaReport, this reform principle has led to a distortion of the role played by SOEs. Those in sectors that would otherwise be highly market-oriented, such as road-building or telecommunications, have made little progress on cost effectiveness and technological innovation due to the lack of fair competition in their respective sectors.

China’s oil industry is a prime example. Sinopec, China’s largest oil refinery company, boasted the second-highest annual revenue among the Fortune Global 500 in 2015. However, its total profits were only 35 percent as high as those of the third-ranked Royal Dutch Shell, which has 10 percent of the payroll of its Chinese competitor. Simultaneously, Chinese public sector enterprises, including rail transportation, healthcare and education, are so market-oriented that they have a net negative impact on public welfare, costing so much to maintain that they continue to be blamed for constraining consumption in China.

Alongside an expectation of profitability, a Chinese SOE might also be expected to further public interest. During harvest time each year, Sinopec, along with China National Petroleum Corporation (CNPC), is required to guarantee a “fast track” oil supply at reduced prices to fuel agricultural machinery in China’s major agricultural areas. At the same time, China National Cereals, Oils and Foodstuffs Corporation owns and manages real estate, hotels and food processing plants, all assets in highly competitive markets. At the end of 2014, it acquired China Huafu Group, another SOE specialising in managing strategic national reserves of meat and sugar. Some local SOEs, meanwhile, according to Zhou Fangsheng, deputy director of the China Enterprise Reform and Development Society, have interests in mass transit and utilities as well as real estate.

One of the incentives to work for an SOE in China is that employees can rely fully on the employer to provide all kinds of benefits for themselves and their families. In December, the central government determined that these practices would begin to be phased out in 2016, starting with subsidised electricity, water, heating and property management services, and followed by healthcare and education provision. These reforms are expected to ease the financial burden on SOEs and to pave the way for further moves towards making them viable market entities.

Analysts believe that it is necessary to clarify that an SOE can be either commercial or social, but not both. Otherwise, said Gao Minghua, “an SOE could ask for subsidies from the public purse in the name of public services, and actually pursue their own interests in the name of the market.” This, according to Gao, gives special privileges to commercial SOE executives, who enjoy both much higher salaries than civil servants and equivalent political status.

Many SOEs, therefore, face an identity crisis. A report published on November 30 by Party mouthpiece People’s Daily noted that SOEs in China never seem to “do right” in the eyes of the public, with the profitable blamed for having an unfair market advantage, and the unprofitable slammed for inefficiency. SOE investment in overseas markets is also a sensitive subject, particularly the biggest State firms, with one survey by PricewaterhouseCoopers demonstrating that more international business leaders thought State ownership “distorted market competition” in 2015 than the number recorded in 2010.

All this embarrassment is currently seen as par for the course if an SOE makes money, offers nursery schools and hospitals for its staff, takes on some relief work during national emergencies and branches out into other business unrelated to the company’s original purpose. This latest policy, however, looks set to change the status quo.

According to the new policy, SOEs in China will be split into two categories. The first is labelled “public interest,” classified for businesses focussed on providing the public with goods and services, and basically operating under full State ownership. All the others are to be placed in the second category, defined as “commercial.” The SASAC explained in its December 9 statement that this broad classification is intended to allow for flexibility of implementation as situations differ greatly among SOEs, regions and even within individual enterprises. Performance evaluation, salaries and market access vary considerably between the two categories, and even within the second.

There is concern that SOEs engaging in public services harken back to the planned economy era, during which the quality of services provided by SOEs was given little attention. After conducting field research on waste disposal plants in Tokyo, Zhou Fangsheng concluded that SOEs of this kind must be assessed by their end users, even though they are fully funded and run by the government, following the Japanese model of public ownership.

Setting a clear boundary between the two categories within the same SOE, however, is thought to be much more difficult than portioning the sector company by company. The process of internally dividing a company can only be possible when an enterprise in the “public interest” category is broken up, with its commercial assets reclassified under the “commercial” category. Employing a Chinese idiom, Zhou Fangsheng remarked to our reporter, “only one end of the sugarcane is sweet.” In other words, such companies can’t have it both ways any longer.

Getting beneficiaries of the status quo to give up some of their perks will be difficult. Gao believes that the only effective way to accomplish this is to immediately stop treating senior staff in commercial SOEs as civil servants, instead allowing the market to assess their net worth.

Tangled interests will also make it hard to subcategorise SOEs defined as “commercial.” Although all SOEs in this category are supposed to “maintain and increase State-owned assets” through “independent” business operations, according to the central guideline, the extent to which each individual company is expected and even permitted to do so, as well as their relative openness to private investment, varies.

Where specific sectors fall on the publiccommercial spectrum has not been defined, and in many cases SOEs have already expanded their business assets across the board. For example, public utilities, including electricity, water and Internet, are generally treated as “natural monopolies” in other countries, and are thus often run by a single firm in order to minimise inefficiency in areas such as building too many pipelines or fibre-optic cables. There is little doubt that the China State Grid is a typical example of this sector. However, unlike most of its foreign equivalents, the China State Grid has developed an extensive financial network, with interests in insurance, securities, trust funds and futures – all of which are highly, if not fully, competitive sectors.

It is likely that the definition of how competitive a sector can be will make more sense to the private sector than to SOEs. The guideline of SOE classification says areas of the natural monopoly sectors, such as pipeline operation, will be open to the market. China National Petroleum Corporation (CNPC) restructured its pipeline assets at the end of December. This move was immediately interpreted as a clear sign of the market’s imminent opening, which will bring about competition that CNPC has never faced before, thus explaining the advance preparations.

Indeed, market openness was always either an intended or unintended result of previous SOE reforms. The textile industry, for example, is now dominated by private companies. It is not a coincidence that zombie SOEs today are mostly in the steel and coal industries, where they compete intensely with private companies.

To a much higher degree than private companies, SOEs around the world have to balance between their financial and social missions. How well they can do this will cause a ripple effect throughout the broader economy and society. This is particularly true for Chinese SOEs, whose influence will remain significant, both in China and around the world.