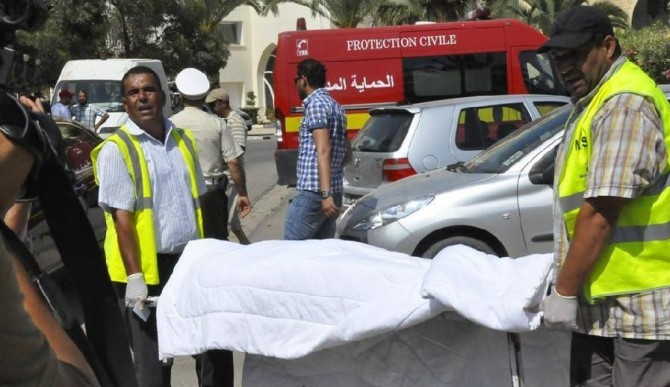 The first of thousands of Britons are due to fly home from Tunisia on Friday, following a warning from the UK government that another terrorist attack in the country was “highly likely”. In June thirty Britons were killed in a terrorist attack by a lone gunman in a holiday resort in Sousse. The Foreign Office on Thursday recommended that all UK tourists in the country leave as soon as possible. Extra flights to the UK have been laid on to facilitate the evacuation, while some UK travel agents have cancelled future bookings for holidays in the country. The Tunisian government has said it would help to evacuate Britons, though the Tunisian Ambassador to the UK said on Friday that the UK was playing into the hands of terrorists by taking such action.

Hopes have grown for a late breakthrough in Greek bailout negotiations, following the country’s submission of a new bailout plan to international creditors. Greece hopes to secure a third round of bailout funding to avert financial collapse, though negotiations had faltered over Greek resistance to further austerity measures demanded by creditors. Greek Prime Minister Alexis Tsipras will put the bailout plan to a vote in Greece’s parliament on Friday. The proposals submitted by Tsipras include many elements rejected by the Greek public in a referendum held on Sunday. How Greece’s politicians and public will react to the proposals could be crucial in determining the future of Greece’s economy.

China’s stock markets continued to rise on Friday, following drastic intervention measures taken by authorities to stabilise the markets. The Shanghai Composite Index closed up 4.5 percent on Friday, having closed up by 5.8 percent on Thursday. Worries persist, however, over the both the long-term health of the Chinese stock market and the effects of the recent stock market turmoil on the Chinese economy. Some analysts have predicted that more government stimulus will be announced at the weekend, in an attempt to further stabilise China’s stock market and wider economy. In the past two weeks, Chinese authorities have cut interest rates, suspended initial public offerings (IPOs), assisted brokerages in buying up stocks, and barred major shareholders from selling their stakes on the stock market.

Ongoing analysis of the Chancellor’s Budget on Wednesday makes the headlines on Friday. The Guardian leads with reports that Chancellor George Osborne “took ‘much more’ from the poor” in the Budget. According to the Institute for Fiscal Studies (IFS), “Changes to universal credit will leave 3m families £1,000 a year worse off”, the paper writes. The Independent asks “What price the ‘One Nation’ budget now?” in its headline. Quoting the same IFS research, the paper writes that Britain’s poorest families will “‘unequivocally’ bear the brunt of Osborne’s reforms”. The richest 20 percent, meanwhile, “are barely affected”. The Financial Times writes that Osborne will today announce to “reform planning rules to boost housebuilding”. According the paper, the Chancellor has lost patience with councils and will announce “powers that could sideline them”. The Daily Telegraph writes that Osborne is driving a “building boom” in its headline, writing that the proposals “will make councils provide more new homes”. The Times leads with news that thousands of UK tourists are to be evacuated from Tunisia, following the high likelihood of a “Second attack by terrorists”.

On the Chinese stock market: UK media outlets continue to focus on the Chinese stock markets at present. The BBC writes that government measures to stabilise the market “could backfire”, and that analysts are starting to question “what will happen to the market once those measures are removed”. The Independent writes that the turmoil in China “could destabilise the global economy”. The Guardian features an editorial piece on the subject, writing that it is “better to ride it out” than intervene in the markets. The piece suggests that the problems in the stock market can be attributed to the wider slowdown in China’s economic growth. On stock market intervention, the paper concludes that “the habits of a command economy sit ill with institutions borrowed from capitalism”.