UK to Sell-off RBS at Loss 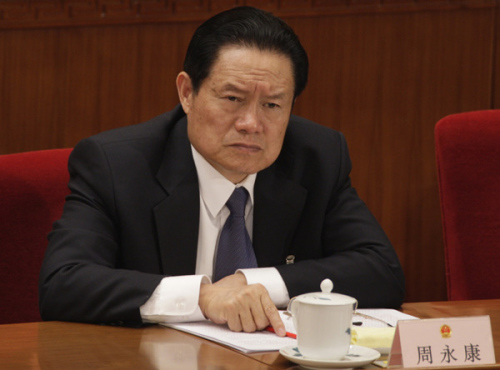 The UK government’s £32 billion stake in the Royal Bank of Scotland (RBS) is to be sold off, Chancellor George Osborne has announced. The announcement came on Wednesday evening at the Chancellor’s annual Mansion House speech, with Osborne saying that the time was right for Britain to sell its 79 percent stake in the bank. Bank of England Governor Mark Carney has said that a phased sell-off of the stake would promote financial stability. The stake is currently worth £13 billion less than the state paid for it in 2008, when the government bailed out RBS for £45 billion following the financial crisis. An inquiry into the sale of the shares is to be taken by an independent body, a move that will aim to counter discontent over shares being sold at a loss. In his speech on Wednesday, Osborne argued that shares would be sold in rounds, with RBS’ share price increasing each round as investor confidence grew. The bank’s sale will mark the biggest privatisation in Britain’s history, and along with Wednesday’s further government sell-off of its Royal Mail shares, marks a continuing wave of privatisation in keeping with the Conservative government’s values.

Myanmar opposition leader and Nobel Peace laureate Aung San Suu Kyi has met with Chinese President Xi Jinping in Beijing, Chinese state media have reported. The meeting in the Beijing’s Great Hall of the People comes on the second day of Suu Kyi’s visit to China, a visit aimed at building understanding between China’s Communist Party and Suu Kyi’s National League for Democracy (NLD). The NLD is projected to make significant gains in Myanmar’s elections in November. The meeting comes just one day after ethnic Chinese Kokang rebels in Myanmar called for an end to their fighting with the Myanmar military along Myanmar’s border with China. The halt in the conflict, which had spilled over into China and caused several Chinese civilian deaths, is likely to improve relations between Naypyidaw and Beijing. It is understood that the Kokang rebels called the ceasefire after pressure from Beijing.

Bailout talks between Greece and its European creditors are to be intensified, European leaders have agreed. EU Commissioner Pierre Moscovici has said a deal on Greece’s debt is close, but that all parties should aim for a “happy ending”. Greek Prime Minister Alexis Tsipras is to meet European Commissioner Jean-Claude Juncker today to negotiate further funding from the EU and International Monetary Fund (IMF). Without funding, Greece is expected to default on its €1.6 billion debt repayment to the IMF at the end of June. Athens has been reluctant to carry out further reform requested by the EU and IMF in order to secure a final €7.2 billion in bailout funding. Compromise is ongoing – most recently, Tsipras has conceded ground on VAT reforms, pensions and surplus targets.

The economy makes several headlines today. Following his annual Mansion House speech last night, the Financial Times leads with news that Chancellor George Osborne is “poised to start unloading RBS stake at a loss to the taxpayer”. With the government’s stake in Royal Bank of Scotland valued at £32 billion, the sale would mark the biggest privatisation sell-off in Britain. Osborne is “braced for a political fallout” given the government “would lose £7.2bn” if all shares were sold now. The Times leads with the same story, writing that Osborne will “cut losses” in its headline. The Chancellor hailed “the end” of Britain’s biggest bank bailout in his speech. The UK government bought a £45 billion stake in RBS following the financial crisis in 2008. The Daily Telegraph leads with news of the UK housing market as it “grinds to a halt”. According to the paper, “Prices could rise by a quarter in next five years as older owners stay put”. The number of houses on the market could hit a “record low”, adding to the crisis. The Guardian leads with a report on international terror groups, writing that al-Qaida has been “cut off and ripped apart by Isis”. The US has been “wrongfooted” by the shift in the balance of power between the two groups. Al-Qaida is “no longer a functioning organisation”, two of its spiritual leaders told the paper. The Independent describes a violent, abusive forced marriage in its headline and asks: “How many other British marriages begin like this?” the report comes after a 34-year-old man in Wales became “the first person in the UK to be prosecuted over a forced marriage”.

On the release of Peter Humphrey: the early release of a British corporate investigator by Chinese authorities has received some coverage from the UK media. The BBC reports that the Briton, Peter Humphrey, was “released on health grounds”, and that his wife has also been released. Humphrey is in hospital for “tests relating to cancer”, but will be deported on release from hospital. The Guardian reports that Humphrey’s wife, Yu Yingzeng, will be allowed to remain in China. The Financial Times writes that the couple’s fate “has shone a spotlight on the risks facing foreign business people in China”. The Daily Telegraph reports that Humphrey’s whereabouts are currently “unknown”, according to Humphrey’s son. The British consulate is “preparing an emergency passport” for Humphrey to return to the UK, the paper adds.